A Journal For Planning Your Ideal Future 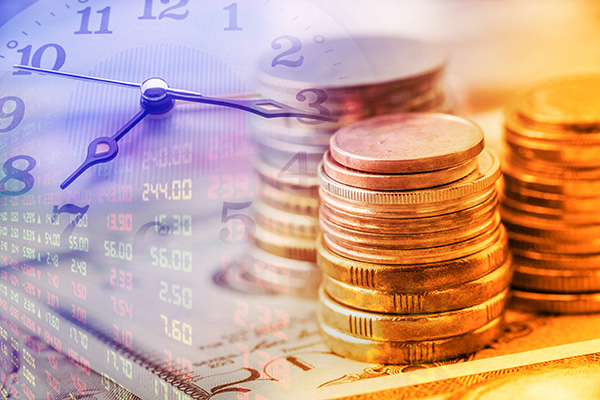 The first six months of the year were a whole lot of terrible.

The S&P 500 finished down 20.6%, its worst start to a year since 1970. The NASDAQ, down 28.6%, had its worst first half since the dot-com crash. Non-U.S. stocks, International Developed, and Emerging Markets struggled as well, all down roughly 20%.

Bonds didn’t provide the usual buffer, down 9.5% for the year through June.

Public Enemy #1, inflation, has sucked the oxygen out of the room.  Inflation is at its highest levels since the early 1980s.

“But other than that, how was the play, Mrs. Lincoln?”

The good news?  There are reasons to believe the second half won’t repeat the wealth destruction of the past six months.

Looking at every bear market since 1950, the average one tends to last 11 months.  Bear markets are painful, but they tend to come and go as swiftly as a tornado.

Using the same data above, we know the average bear market has seen the S&P 500 fall roughly 29%.  This suggests that if the current bear market follows historical patterns, stocks could drop another 5% plus or minus. But if you factor in the current economic situation (i.e., strong consumer balance sheets, good job market, and low interest rates versus the past), you could make the case that this bear market could potentially be shallower than others.

Consumer sentiment – currently sitting at 50.0 – is the worst reading in the history of the survey, dating back to 1952.  During the depths of the Global Financial Crisis (November 2008), the lowest dip was 55.3. More negativity is priced in today than back in 2008!

Markets tend to be resilient over time – with one of the best illustrations of that fact below. Over any five or 10-year period, we believe the odds are stacked in your favor.

Inflation has likely been the biggest driver of falling prices, and cracks are beginning to emerge in the “higher inflation for longer” foundation.

A 30-year mortgage has gone from 2.6% to nearly 6.0% over the past 18 months; this will likely put a dent in the rapid appreciation seen in housing markets.

Housing affordability is now at its lowest level since 2007.

Valuations across the U.S. market spectrum reflect cheaper prices.  Earnings can always go lower, but valuations are significantly more compelling now than they were 18 months ago.

Non-U.S. stocks paint the same picture. Valuations are the lowest they have been in years and offer the opportunity to buy at lower prices.

here are no certainties or guarantees in investing, and there are no promises about what will happen over the next six months. But we believe we are beginning to see reasons for optimism.

If your time horizon is 18 months, this market is still not for you. But if you have a five-year horizon or longer, we think the market backdrop is the most enticing it has been in years.

When everyone is worried about the same things, that creates opportunity. Risk and reward have proven time and again they are an iconic duo – you can’t have one without the other.

Our advisors have specific and in-depth knowledge about university employee benefit programs and retirement plans. We work with university faculty, physicians, and other professionals. We are not associated with any university or any retirement vendor, and we have no access to your private retirement or personnel information.

Savant Wealth Management (“Savant”) is an SEC registered investment adviser headquartered in Rockford, Illinois. Past performance may not be indicative of future results. Different types of investments involve varying degrees of risk. Therefore, it should not be assumed that future performance of any specific investment or investment strategy, including the investments and/or investment strategies recommended and/or undertaken by Savant, or any non-investment related services, will be profitable, equal any historical performance levels, be suitable for your portfolio or individual situation, or prove successful. Savant is neither a law firm, nor a certified public accounting firm, and no portion of its services should be construed as legal or accounting advice. You should not assume that any discussion or information contained in this document serves as the receipt of, or as a substitute for, personalized investment advice from Savant. A copy of our current written disclosure Brochure discussing our advisory services and fees is available upon request or at www.savantwealth.com. The scope of the services to be provided depends upon the needs of the client and the terms of the engagement.

Keep Taxes in Mind When Saving for Retirement

One of the simplest ways to improve return on your portfolio is to reduce overall taxes on your investments - a decision today that can help lay the foundation for the retirement lifestyle you want tomorrow. Taking the time to review the makeup of your financial assets from a tax standpoint allows you to maximize the unique tools available to you as university faculty.
Learn More

During the annual open enrollment period, it is important to carefully consider all options and make informed decisions — now is not the time to check the “default” box. This report will serve as an informative guide to help you navigate the open enrollment period and reveal 5 money-saving tips.
Learn More

Your job is important, but it shouldn’t be your entire life. Set boundaries and understand when you are tempted to cross them just how important the life portion of your work-life balance is.
Learn More