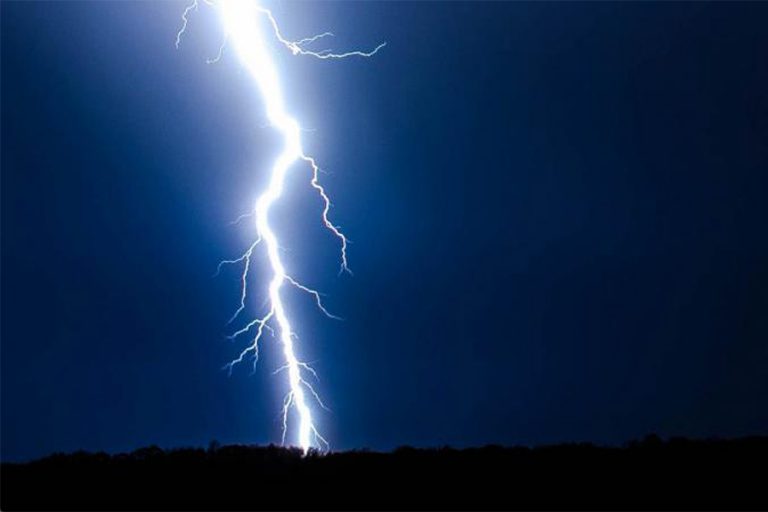 On Saturday Night Live in the late 1970s, Gilda Radner did a series of comedic vignettes as Roseanne Roseannadanna, who gave rambling answers to viewer questions. At some point in each one, she would say, “Well, Jane, it just goes to show you, it’s always something — if it ain’t one thing, it’s another.”

In the 30+ years that I have been a financial advisor, one consistent issue in client conversations has been the ongoing stream of geo-political, economic, market, and climatic crises that have generated serious concerns in the hearts and minds of investors. And I have often thought of saying, “It’s always something.”

At least in the 1970s we only got TV news at dinnertime and then again at bedtime. With the advent of 24-hour cable news networks—and now several of them—we are inundated with news (mostly bad news, which sells better) non-stop. The result? Heightened anxiety from the regularity and rapidity with which we are given a steady stream of horrific reasons to believe that the world is going to explode (economically, politically, etc.) any day now.

The problem is, the conclusions that people draw from all of this are frequently incorrect. In addition, their subsequent actions can negatively affect their financial future.

Dire predictions are rarely accurate. One example: going back to the 70s again, during the Arab Oil Embargo we were sitting in our cars in very long lines to fill up at the gas pump, and even experienced gas rationing—depending on your license plate number you could only get in one of those long lines on certain days! Moreover, President Gerald Ford mandated that the maximum speed limit on all highways would be 55 miles per hour in an effort to conserve fuel consumption.

Back then, the “experts” informed us that prices would continue to rise exponentially and some predicted the world would be completely out of oil by now. “By the year 2000, if present trends continue, we will be using up crude oil at such a rate…that there won’t be any more crude oil. You’ll drive up to the pump and say, `Fill ‘er up, buddy,’ and he’ll say, `I am very sorry, there isn’t any.’” Dr. Kenneth E.F. Watt, Ecology Professor, University of California at Davis, April 22, 1970.

However, today we have oversupply and prices are only a little over double what they were 44 years ago (an average annual increase of only 2.1%).

For centuries, doomsday predictions have been made that we would run out of vital resources:

One of the most “predictable” comments I hear is: “Yes, but this time it’s different.” I heard that repeatedly during the financial/real estate crisis, a.k.a. “The Great Recession.”

Sure, every new challenge is different, but that doesn’t mean that the catastrophic prediction du jour is valid.

There is an ongoing series of apocalyptic predictions that have one thing in common: they are all wrong. The most recent was by David Meade, who predicted “the end” would be September 23-October 25, 2017. And you probably recall the media hype in 2012 regarding the supposed Mayan calendar prediction of the end of the world that year.

The most famous psychic during the 50s, 60s and 70s was Jeanne Dixon. She had predicted the assassination of John F. Kennedy and became a media darling. At some point she predicted that Armageddon would take place in 2020, so buckle up! She died in 1997, just after uttering, “I knew this would happen.” The “Jean Dixon effect” is a term which refers to a tendency to promote a few correct predictions while ignoring a large number of incorrect ones.

From the mid 70s to the mid 80s, I worked in the petrochemical industry. Thus, I was very aware of the dire forecasts of oil shortages, extreme price increases, and the supposedly devastating impact on the economy. But, in the early 80s, the price of oil dropped precipitously and I began to seriously question the predictions of “experts.”

I began working in financial planning in 1984. In 1987, the stock market crashed. It was swift, sudden and terrible. Inevitably, predictions of doom and gloom came fast and furious, both from secular and religious writers.

Economist Ravi Batra, professor at SMU, wrote The Great Depression of 1990, which reached #1 on the New York Times Best Seller List in late 1987. Of course, he appeared on all of the major TV networks and was a frequent guest on radio shows. One problem: no great depression occurred in the 1990s. Rather, there was a technological revolution, a growing economy, a booming stock market, and the U.S. Government deficit actually showed a surplus from 1998-2002! Not exactly a depression.

Christian financial author and speaker Larry Burkett (with whom I agreed on many points) wrote The Coming Economic Earthquake in 1991 and predicted severe economic times due to ever increasing personal, business and government debt. He even encouraged people to cash in their IRAs and 401(k)s—incurring taxes and penalties—to pay off their mortgages. One problem: no economic earthquake (see above). The Dow Jones Industrial Average went from 2,753 to 11,497—an increase of 315% (but meaningless for those who cashed in their IRAs and 401(k)s in line with the doomsday advice).

People who changed their investment strategy because of these predictions paid needless taxes and missed out on tremendous stock market gains during that decade.

Go back with me to 1979. Suppose you had $1 million invested, and you knew for a fact that these things would happen during the 1980s (and in fact, they all DID happen):

What would you do? If you had $1 million saved up, what would you do with that money? Sell everything and run for the hills? Buy gold? Put your cash in a mattress (see #4 above – you couldn’t trust the banks!)?

There is always a ton of bad news. Anyone who wants to write a book, get on TV or radio, or create an Internet sensation can exploit and extrapolate bad news ad absurdum and garner a massive amount of attention.

But that doesn’t mean you should do anything about it.

Remember that our country and our economy are resilient, dynamic (not static) and resourceful. And it’s not just America—businesses and countries all over the world (especially emerging markets) are growing and expanding their economies. Furthermore, productivity continues to rise with new technologies.

It is better to think about what the great companies are doing, rather than to imagine the stock market index is some kind of “force” or entity. Every stock market is just a collection of companies, and each company is doing whatever it can to grow and prosper.

Sure, sometimes they make bad decisions and fail. But most of the time, they succeed, their profits increase, and their dividends and stock prices follow suit.

Negative headlines and politics are more interesting to talk about than corporate profits; but, they are not more important.

Don’t base your financial decisions on someone else’s negative opinion about the future.

Remember, Roseanne Roseannadanna said, “It’s always something.” Yes, bad things will continue to happen in our world, but that should not drive you to do something damaging to your financial future.

I believe in sticking to the basics: a diversified allocation of stocks, bonds, and a few liquid alternatives. Don’t get too cute, or too exotic, or rash.

And maybe, turn off the news and the talk radio for a little bit.

No one knows the future.

Attribution: although not quoted directly some of the thoughts and concepts in this article came from the book, Exploding the Doomsday Money Myths, Sherman S. Smith, Ph.D.

This is intended for informational purposes only and should not be construed as investment or financial advice. Please consult your investment and financial professional(s) regarding your specific circumstances.