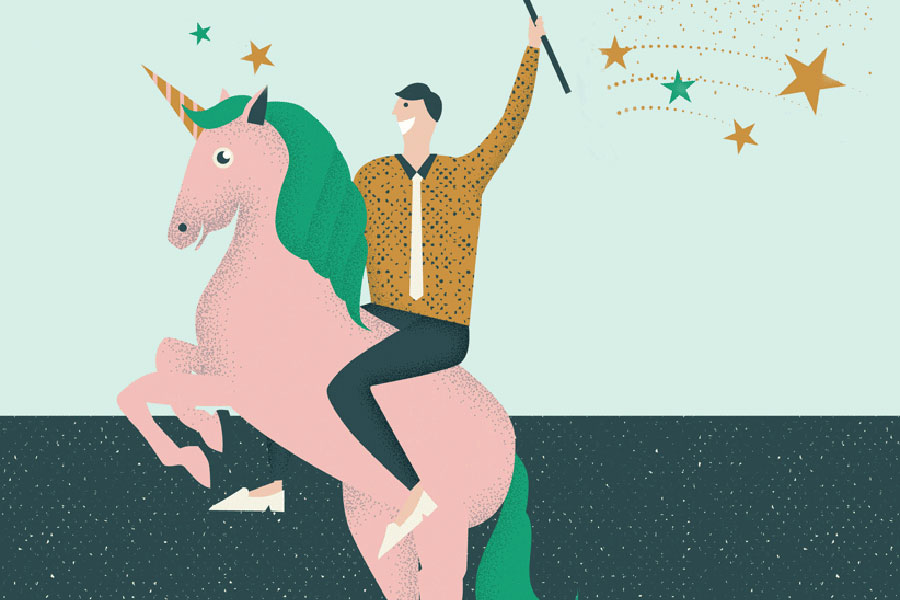 Tech unicorns – start-up companies valued at over $1 billion such as Uber, Pinterest, Airbnb and Slack – have become some of the world’s most valuable start-ups over the past several years. While these companies and several others have grown rapidly, they have been primarily funded through venture capital and have remained privately held. Recent signs point to a possible change for several of these companies. Wheels are in motion for some of the biggest private technology companies to have their shares listed on public market stock exchanges in 2019 and 2020.

An IPO (initial public offering) is when a company sells stock to the broader public for the first time. Selling shares to the public allows the company to raise cash for operations and business opportunities and provides liquidity for company founders and early investors.

So what is taking so long for these companies to list shares on public exchanges?

Companies are staying private longer. There is no getting past the fact that going public is expensive. Nowadays there is a lot of private equity and venture capital funding available for start-up companies. Disclosure requirements are burdensome, and filing a registration statement with the SEC is costly. Staying private also ensures less scrutiny for management. The deregulation of private markets (e.g. the 1996 National Securities Markets Improvement Act), along with private placements rules adopted by the SEC, has made it easier for private companies to sell stock to qualified purchasers (institutions and wealthy investors). Companies no longer have to issue an IPO to raise cash. The eight tech unicorns (Uber, Palantir, Airbnb, Pinterest, Rackspace, Slack, Robinhood, Postmates) potentially going public in 2019-2020 have built a combined private market value of $250 billion.

I have a fear of missing out (FOMO)! How should I invest in IPOs so I don’t miss out on the next big thing?

IPO investing does not necessarily get you in on the ground floor of a good company. Founders, company management and employees, venture capitalists, and others have purchased stakes at much lower valuations than IPO investors. IPOs present a marketing opportunity for underwriters, investment banks, and brokers to sell investors on a hot story with limited access.

An important part of the IPO story for the company going public, and the investment bankers helping them do so, is that they are providing an opportunity for something new and better. However, a look at the evidence shows that might not always be the case. IPOs generally do not perform well compared to the market. Beyond a first trading day “pop,” the average IPO trails the returns on similar non-IPO stocks by 6.3%, according to University of Florida’s Jay Ritter.1

It is also important to keep in mind that just because a company is going to issue an IPO, it does not mean the company is profitable. Despite Uber’s private valuation between $90-120 billion, which implies it is more valuable than Starbucks, Caterpillar, and American Express, they reported a $1.8 billion loss in 2018. Similarly, Pinterest has a valuation near $10 billion but also lost money, $62.9 million in 2018.

For every IPO success story like Alibaba, there are poor-performing IPOs like Snapchat and Blue Apron that serve as cautionary tales. And while the opportunity to purchase an IPO appeals to the instinct for a lottery-type windfall, it is generally better to keep a long-term outlook when it comes to investing.

What do “rules-based” funds do about including IPOs in their holdings?

Index funds and other “rules-based” funds follow documented guidelines on whether and how to include shares of recently publicly listed companies in their holdings. Index funds are designed to track an index within certain expressed thresholds. For example, Vanguard’s Total Stock Market Index Fund seeks to track the performance of the CRSP U.S. Total Market Index.

Index methodologies generally reconstitute, or determine whether to remove current stocks and add new stocks based on published criteria, annually or semiannually. However, major indices including the CRSP U.S. Equity series, S&P Dow Jones Indices, and FTSE Russell, include criteria in their methodologies allowing for quicker inclusion of special cases such as stock splits, spinoffs, and IPOs.

These rules help to ensure that the liquidity of the newly listed stock can accommodate large fund flows. Delaying inclusion can also help avoid other idiosyncrasies such as the 3- to 24-month lock-up period which prohibits company insiders from selling their shares on the open market.Takeaway: While the opportunity to purchase an IPO may appeal to the instinct to get rich quick, it is generally better to keep a long-term outlook.