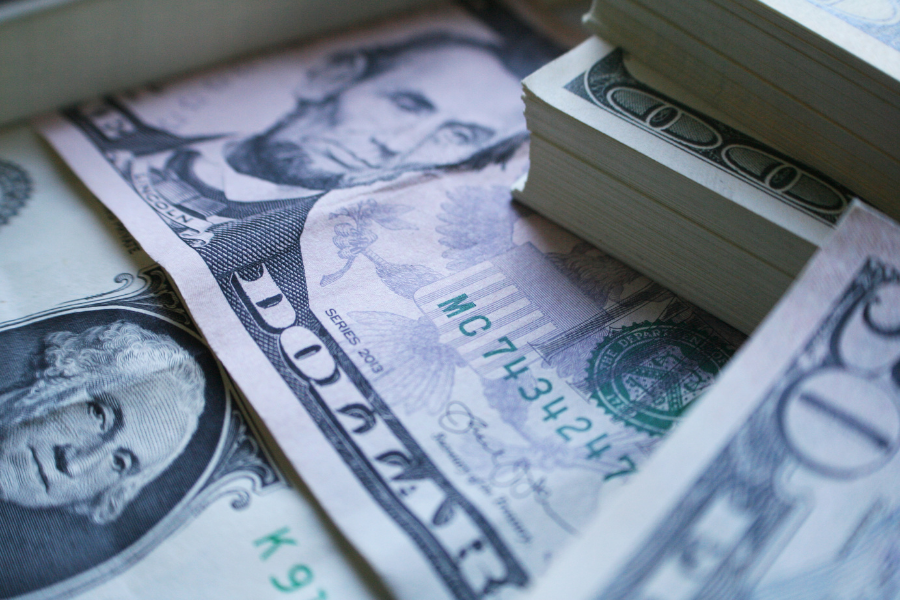 Winston Churchill once described a political opponent, Clement Attlee, as “a modest man who had a great deal to be modest about.” This quip came in response to reforms Atlee implemented as England’s new Prime Minister, post-World War II after Churchill had been voted out of office.

The COVID-19 recovery is underway, and some things are beginning to feel normal again. Mask mandates are lifting, many live events are at full capacity, and shaking hands is back in vogue.

But many are debating the aftereffects of COVID-19, particularly, inflation.

For investors, the fear of inflation is now the biggest “tail risk” in markets per a Bank of America monthly fund manager survey. Inflation passed COVID-19 as the markets’ largest concern in March and held the top spot since.

The case for inflation makes sense. Roughly 25% of all dollars in circulation were created in the past 12 months, which is the fastest year over year growth in dollars since the 1940s.

In May, the U.S. inflation rate increased nearly 5%, the fastest rate of growth since 2008.

Core inflation, which excludes the volatile impact of gasoline and food prices, experienced its sharpest rise in almost 30 years.

The debate is on whether this recent inflation will be indefinite or temporary and there is logic to both sides of the argument.

Arguments for temporary inflation include:

Arguments for indefinite inflation include:

Curiously, interest rates have stopped rising with inflation and the spread between inflation and treasury yields is the widest it has been in more than 10 years.

Interest rates not trending higher with inflation could be one signal the market is predicting temporary inflation. If inflation were here to stay, you would expect rates to rise with inflation to compensate bond investors.

But predicting any of this is difficult, even the experts get it wrong. Two prominent examples, specific to inflation, include the Federal Reserve and Warren Buffett.

Since the financial crisis, the Fed has been targeting inflation to run at 2% annually. This policy strategy was laid out in a 2012 speech.

Only a few years after establishing this inflation strategy, it became clear the Fed was not able to be a puppet master of inflation. In a 2017 speech, then Fed Chair Janet Yellen admitted as much, saying:

“Our understanding of the forces driving inflation is imperfect, and we recognize that something more persistent may be responsible for the current undershooting of our longer-run (inflation) objective.”

She went on to add, “… we will monitor incoming data closely and stand ready to modify our views of inflation based on what we learn.”

In other words, as facts change, opinions change with them.

Warren Buffett had similar troubles trying to predict inflation. In his 2008 Berkshire Hathaway annual letter, he referred to the fiscal stimulus in response to the crisis, writing:

“The economic medicine that was previously meted out by the cupful has recently been dispensed by the barrel. These once-unthinkable dosages will almost certainly bring on unwelcome aftereffects. Their precise nature is anyone’s guess, though one likely consequence is an onslaught of inflation.”

Yet, the feared levels of inflation never came.

The Troubled Asset Relief Program (TARP), which authorized $700 billion to purchase toxic assets from financial companies, was passed in October 2008. In the 10 years following TARP’s passing, average inflation in the U.S. was 1.5%, a miniscule amount relative to history.

The main lesson learned is to focus on the easier questions rather than the hard ones. Financial journalism tends to portray inflation as the Grim Reaper or something to be feared.

But some areas of the market benefit from higher inflation.

We’re seeing this theme play out in real-time. The chart below shows Financials, Energy, and Real Estate are the best performing sectors this year, all returning more than double the S&P 500.

When the Fed, Treasury, or Warren Buffett offer opinions, people listen. And even they can’t be counted on to get it right every time, especially regarding economic matters that are dependent on so many variables.

This serves as a reminder that while doubt is not a pleasant condition, certainty is an absurd one.

Like Clement Attlee, we have a lot to be modest about.