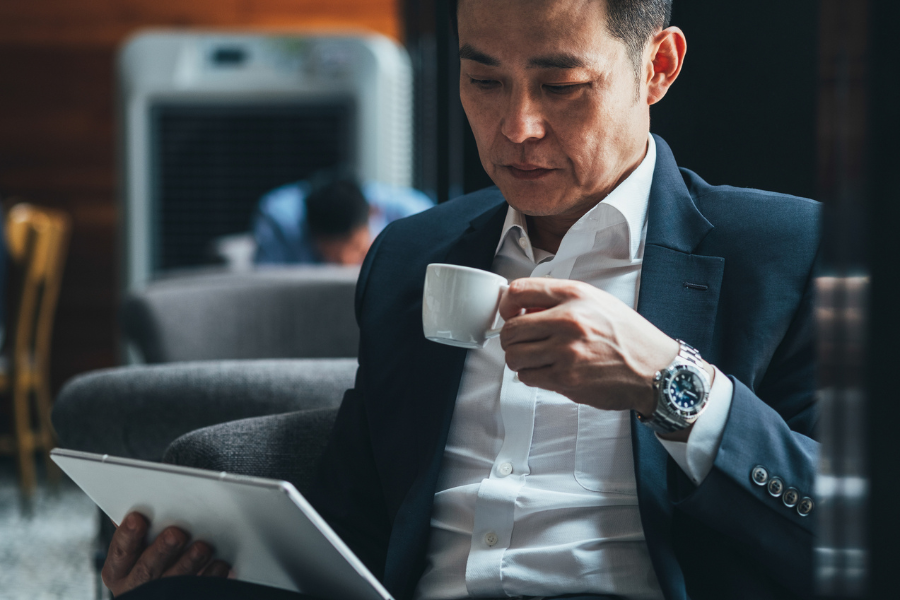 Companies don’t like to announce massive layoffs during the holidays. Now that the holidays have passed, it feels like open season.

Salesforce — a company with a $150 billion market cap, among the largest in the world — announced it was laying off 10% of its employee base this week.

Salesforce likely won’t be the last.

Many companies, particularly well-known technology companies, have employee bases that expanded in a similar fashion.

It’s been a poorly kept secret that many companies over hired during 2020/2021 thinking the sales growth (and rising stock prices) would last in perpetuity. The “digital revolution” (where everything happens online) is an obvious secular trend, but the foundation has shown some cracks.

FedEx elaborated on this during an investor call last month. FedEx’s CEO had this to say:

“Let me talk about the macro environment. The main macro issue in the United States is the e-commerce reset. Prior to the pandemic, e-commerce represented about 16% of retail sales. During the pandemic, it peaked at about 22%. And ever since, it’s kind of been going down.”

Shopify, arguably Amazon’s largest competitor for online sales, confirmed this same thing last July when it laid off 10% of its staff as growth stalled.

Shopify shared the below chart in the layoff announcement, which shows e-commerce adoption in the United States. Prior to the pandemic, e-commerce growth had been extremely consistent. During the pandemic, growth went vertical. Two years later, growth simply reverted to the previous trendline.

“At Meta, the number of employees is up over 3x from 25k to 85k employees in just the last four years! After all, why not hire more people and invest in more things when the cost of capital was near zero and growth seemed unlimited?

Today, the cost of capital has radically changed, and so has Meta’s growth rate. It is a poorly kept secret in Silicon Valley that companies ranging from Google to Meta to Twitter to Uber could achieve similar levels of revenue with far fewer people. I would take it a step further and argue that these incredible companies would run even better and more efficiently without the layers and lethargy that comes with this extreme rate of employee expansion.”

Sadly, management let these businesses become extremely bloated and it seems likely employees will be the ones paying the price.

The layoffs that have already happened and ones likely to come will persist in the headlines, but the impact on the broader economy and financial market is unclear. It’s fair to assume layoffs are a negative for investors as the economic picture darkens, but that may not be the case.

One important detail to note: the layoffs are primarily concentrated in technology companies.

According to data from Layoffs.fyi, a website that tracks layoffs in media reports and company releases, the major layoff announcements have mostly been tied to the tech sector. In addition to Salesforce, the largest layoffs (in terms of absolute numbers) have come from companies like Amazon, DoorDash, and Coinbase – all tech companies.

In a recent Goldman Sachs report, they noted in an extreme scenario where every single worker in internet publishing, broadcasting, and web search were all laid off tomorrow, the unemployment rate would rise by less than 0.3%.

The layoffs in tech may capture headlines, but if you look at layoffs as a percentage of total payrolls, layoffs represent less than 1% of all people captured in the employment data through November. Before the pandemic, it was consistently above 1%. In short, we’ve observed fewer layoffs in recent months than we had prior to the pandemic.

Despite technology’s dominance in the stock market (technology represents ~25% of the S&P 500), the overall workforce in technology is roughly 2%, according to data from ADP.

One argument for technology companies has always been they tend to be more efficient. They don’t require as many employees as a company like John Deere; a company that needs a large labor force to build large equipment. That’s one reason the impact of these layoffs may not reverberate throughout the economy.

This is happening because the broader labor market outside of technology remains resilient. 10.5 million jobs remain open in the United States. This is down from the peak in March 2022 but still near record highs over the past decade.

We don’t know what will happen with the economy in 2023. The probability of a recession is a consensus view, but that doesn’t mean it’s a certain outcome. If you had a crystal ball that gave you the economic news for January 2024 in real time, it likely wouldn’t help you predict where the stock market goes.

There’s a case to be made a slowing economy (which layoffs would indicate) coinciding with slowing inflation could potentially be the best outcome for markets.

Equity (stock)-based compensation is a way for companies to reward their executives with shares of stock or stock options. These types of compensation can be an important part of an executive's overall compensation package, and can provide a number of benefits to both the executive and the company.
Learn More
December 20, 2022

An assignment to work overseas – either temporarily or permanently -- can be an exciting and rewarding experience for any executive. However, the tax implications of working in a different country can be daunting. To keep such assignments attractive, and to help executives manage potential tax burdens, international companies may employ a technique called tax equalization.
Learn More
November 16, 2022

Financial Moves to Help You Prepare for a Job Loss

If you’re in an industry where whispers of potential layoffs are growing louder, it can’t hurt to prepare financially – as well as emotionally -- for a possible pink slip.
Learn More