Opportunity May Still Lie Ahead 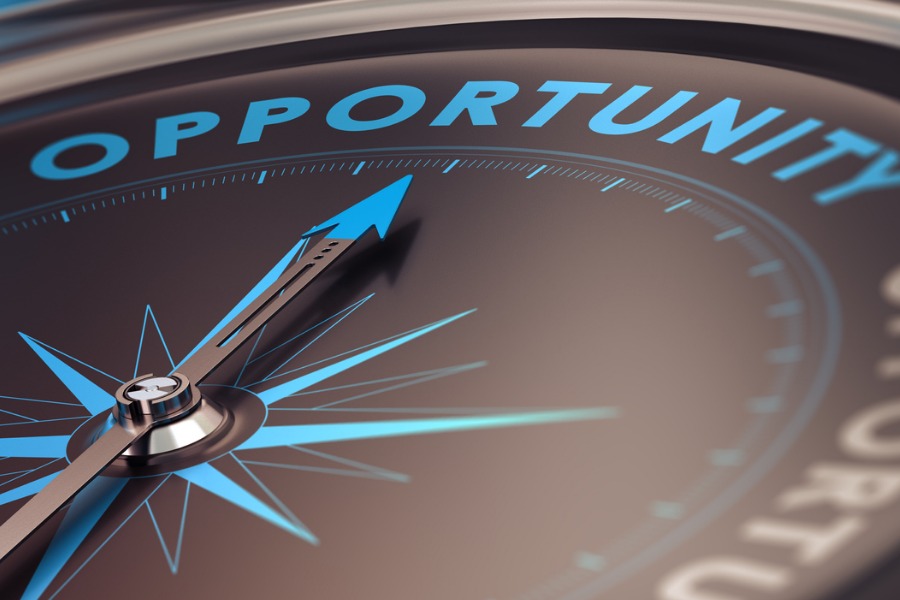 Unlike a Las Vegas slot machine, the stock market’s instant feedback is not always reflective of success or failure.

On February 19th the S&P 500 rested at all-time highs. Only 15 trading sessions later, on March 11th, the S&P had fallen 20% from its high, making it the quickest technical bear market in history.

We learned a lot can change in a short period of time, a lesson we learned again shortly thereafter, but this time in the opposite direction.

After the S&P 500 found a resting place on March 23rd, down 34% from all-time highs, it staged a recovery, rallying nearly 50% through July 22nd. And just like that, we were back in a bull market as small cap stocks, international stocks, and emerging market stocks all rallied in similar fashion.

The backdrop to this rally included 18% of the U.S. labor force out of work, a second quarter GDP number that will likely set a record for worst quarter since World War II, a significant percentage of small businesses that have shut their doors permanently, and investor sentiment at decade lows. Meanwhile, the S&P 500 is five percent off its all-time high.

The economy is painting a picture of Hannibal Lecter while the stock market paints the Mona Lisa.

How does this make any sense?

A more nuanced explanation requires some basic math. Over its entire history, the S&P 500’s price-to-earnings multiple has averaged around 17 times earnings, which means roughly 6% (one divided by seventeen) of the market value reflects the current year. The market pays much greater attention to the future prospects of businesses rather than what is happening today.

While it is popular and comfortable to claim current stock prices are unjustified relative to the economy, a basic calculation of the S&P 500’s price to earnings ratio may suggest the opposite. The market seems to indicate the pandemic’s impact will be similar to a natural disaster; severe but temporary, with nearly a full recovery once the risk has passed.

The market can always be wrong, and it will adapt to new information. But whenever you hear commentators obsessing about how the markets next move will likely be lower, it’s likely the commentator who is missing something, not the market.

As Warren Buffett said, “Forecasts may tell you a great deal about the forecaster; they tell you nothing about the future.”

So what could possibly propel the market higher from here?

Look no further than interest rates to understand the demand for stocks. Interest rates act on financial valuations the way gravity acts on matter. The lower the interest rate, the greater the upward pull on stock prices.

Additionally, asset classes compete with one another. If an asset produces cash, you can value it. The U.S. 10-year Treasury currently yields 60 basis points. Assuming a par value of $100, a 10-year Treasury is currently trading at 167 times the cash it will produce (100/0.6).

Bonds have never been more expensive in U.S. history than they are now. Comparatively speaking, stocks present a bargain.

And while bonds offer other important benefits to investors other than income, namely providing a defense to equity drawdowns, it has been common in recent years for bond investors to capitulate on fixed income in favor of dividend paying equities. Utilities, Consumer Staples, REITs, and Telecom stocks have taken on the role of bond proxies over the past few years, which is unlikely to change anytime soon.

Performance has been concentrated in a few sectors, primarily technology stocks. If any other sectors can assume leadership, it could propel the market higher. According to FactSet – Microsoft, Amazon, Apple, Google, and Facebook have increased in value by an average of 35% through July 20th while the remaining 495 firms in the S&P 500 are down 5%. Technology is carrying most of the freight and driving the headline returns.

Energy and financial stocks remain in bear market territory, down 38% and 21% respectively, through July 20th. Industrials, real estate, and utility stocks also remain negative for the year. If any of these areas can begin to move higher, the market should be able to continue its upward ascent.

GDP should recover meaningfully over the next 18 months. Goldman Sachs research expects annualized economic growth of 25% in the third quarter and 2021 growth of around 6%. If that prediction is correct, GDP will have a chance to be near record highs again in the middle of 2021.

The economic numbers to come for the second quarter of 2020 will be sobering. Some forecasts predict that they will resemble something closer to the Great Depression rather than the Great Financial Crisis. But remember, economic data looks backward while the stock market looks forward.

Currently, things continue to get better, if only slightly. Corporate earnings are improving versus last quarter, inflation is low, and interest rates provide no hindrance to higher stock prices. While valuations are above historical levels, accounting for the levels of inflation and rates, they are not overly demanding.

None of this means that another bear market can’t happen. That depends on what happens in the future.

And while predictions about how the business environment evolves from here are opinions, stock prices well off their highs are facts.

Most people remained cautious for years after the financial crisis and it proved to be an expensive mistake. Today, most investors remain cautious and hold a cynical view of a market that has rallied significantly while the global economy sits on the operating table.

This pessimism, ironically, may be a good thing for investors.

Source: Stock and Index return data are according to Y-Charts.