Regrets? You’ll Have a Few. Don’t Let Them Distract You from Your Financial Plan. 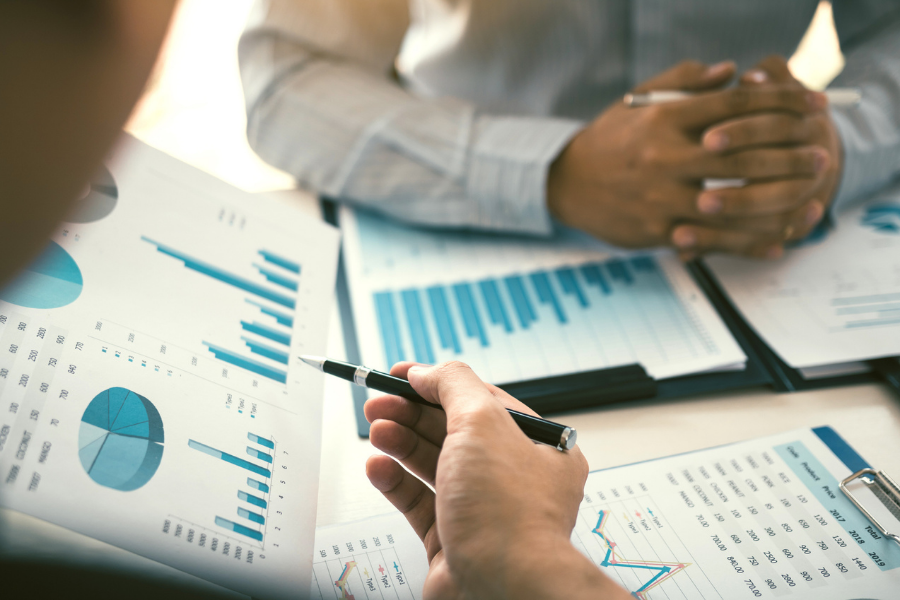 When the coronavirus outbreak first played havoc with the markets in the first quarter of 2020, the headlines sent a lot of people in the market to the sidelines. As the S&P 500 hit its steepest decline, some people moved to cash, and others just decided not to invest, worried that the markets could go lower and that they would lose the savings they had worked so hard to earn.

Although the markets started to improve shortly after, those who had made the decision to take the “safe” bet weren’t positioned to take part in the recovery, and some missed out on the ensuing gains. Did they have regrets? Most likely. And seeing people miss out on the upside potential made me regretful, too.

“Regret is probably the greatest enemy of good decision making in personal finance,” according to Nobel laureate and behavioral economist Daniel Kahneman, the author of Thinking, Fast and Slow. For those who make rash decisions regarding their investments, the fear of regret causes them to make a suboptimal decision. (I call this phenomenon “fear of dumb decisions,” or FODD.) But it can work in the opposite way as well. For example, in a bull market, fear of regret can cause some investors to ignore warning signs and continue to take on risk because they have a fear of missing out (sometimes abbreviated as FOMO).

Emotional biases infiltrate the way we make decisions every day, and behavioral economists have postulated that acting on investor mistakes can make it easier to time the market. That idea doesn’t wash, however, with another Nobel laureate, Eugene Fama, who serves as a director and consultant to Dimensional Fund Advisors. Considered the “father of modern finance,” Fama developed the efficient market hypothesis, which holds that at any given time, stock prices reflect all available information and that markets react quickly to incorporate new public information. He continued to defend that position in a 1999 article in the Chicago Booth Review.

The Keys to “No Regrets” Investing

In an interview with Morningstar, Kahneman suggested that although behavioral biases could be used for good or evil, financial advisors could use regret theory in a positive way when working with clients. In his interview, Kahneman cited a practice that he had developed with his colleagues: creating a measure of projected regret by working with the client to crystallize his or her level of loss aversion. Based on that understanding, he and his team would then create a two-part portfolio for the client – one containing the assets the client was willing to risk, and the other containing the assets the client wanted to protect.

From the point of view of the investor, Kahneman urges trusting algorithms over people and taking a broad view of the markets by understanding that a decision is one of many in a class of decisions the investor might make. He also encourages investors to seek good advice.

I would add to those suggestions that taking a long-term view of the markets is also important. The markets experience many ups and downs based on the news of the day, but over time, they tend to reward investors who have the discipline to stick with their strategies.

Dealing with uncertainty is one reason why investors earn a return. After all, if everybody knew everything about the markets, there might be no reason to invest. While major events like a bear market, inflation, or the war in Ukraine make us fear the unknown, that unknown is the very reason why we have the potential to earn more than the risk-free rate.

Seek the Help of an Interpretive Advisor

The best way to avoid regret, in my opinion, is to have a conversation with your financial advisor while things are calm and you’re not feeling pressured to make a decision. During this time, you should be talking about your goals, but I hope you’ll also consider discussing the potential scenarios that might make you afraid. Perhaps the second-best time to talk to your advisor is when you ARE afraid. Having that accountability partner could potentially help prevent you from making a decision you’ll regret later.

Having an occasional regret is normal. How you choose to deal with potential regrets can help make you a much stronger investor.

Wayne authored the book, "The Entrepreneur’s Guide to Financial Well-Being," and loves to educate others on financial, tax and investment topics by writing columns and through public speaking.

Savant Wealth Management (“Savant”) is an SEC registered investment adviser headquartered in Rockford, Illinois. Past performance may not be indicative of future results. Different types of investments involve varying degrees of risk. Therefore, it should not be assumed that future performance of any specific investment or investment strategy, including the investments and/or investment strategies recommended and/or undertaken by Savant, or any non-investment related services, will be profitable, equal any historical performance levels, be suitable for your portfolio or individual situation, or prove successful. You should not assume that any discussion or information contained in this document serves as the receipt of, or as a substitute for, personalized investment advice from Savant. Please see our Important Disclosures.

Amid Market Turmoil, Focus On What You Can Control

Our patience with the stock market is being tested and we all have questions no one can answer. When will inflation come down? Has the stock market hit bottom yet? How much higher will interest rates go? Are we in a recession? We do, however, know from history that difficult periods set up good opportunities on the other side.
Learn More
September 14, 2022

How do we stay on course when the economy appears to be in freefall? Perhaps we can borrow a slogan that our neighbors across the pond invented just before World War II. The British, known for having a “stiff upper lip” in the face of adversity, simply tell themselves to “KEEP CALM AND CARRY ON.”
Learn More
September 13, 2022

We created this guide to serve as a compass to help point you in the right direction when the markets get rough and your emotions run strong.
Learn More