Since the passage of the Revenue Act of 1913, Congress has rejiggered our income tax rates an astonishing 40+ times. This includes the remarkable period from 1976 through 1993, when tax rates shifted 10 times in 18 years.

We have recently been on pace to break that record. Our tax laws changed in 2001, 2003, 2005, 2006, 2008, 2010, 2012, and most recently in 2017, with the Tax Cuts and Jobs Act which enacted major tax reform. A cynic might think that Congressional leaders re-debate tax issues every year or two so that major campaign donors will find a direct vested interest in these legislative deliberations.

The Evolution of Income Tax Over 100+ Years

What’s interesting about recent tax law changes is how tax rates today compare with those in the past.

The Tax Cuts and Jobs Act continues this downward trend in rates, lowering the 33% bracket to 32%, and the 28% bracket to 24%. Note also that the highest rates coincided with years in which the U.S. was fighting wars abroad: World Wars I and II, the war in Vietnam and, of course, the Cold War. However, in recent years the U.S. was fighting expensive wars in Afghanistan and Iraq without raising the levies on its citizens.

What Will Happen Going Forward?

There are no guarantees except, perhaps, that we can expect more tax debate. If the recent past is any indication, Congress will pass new tax legislation–and label it “reform”–every two years or so.

With today’s highest bracket rates looking low by historical standards, it might be safer to plan for the possibility that Uncle Sam may get a little bolder about reaching a hand in our pockets over the long term. To quote Will Rogers: “The difference between death and taxes is death doesn’t get worse every time Congress meets.” Also, rumor has it that our uncle owes a lot of money to China that might have to be paid back eventually. 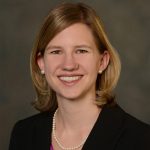 Mary Beth has been involved in the financial services industry since 2011. She focuses on project work, particularly for fiduciary, estate and gift tax, and estate planning document review.