Thanksgiving Dinner Too Expensive? We Tested Some Depression-Era Recipes! 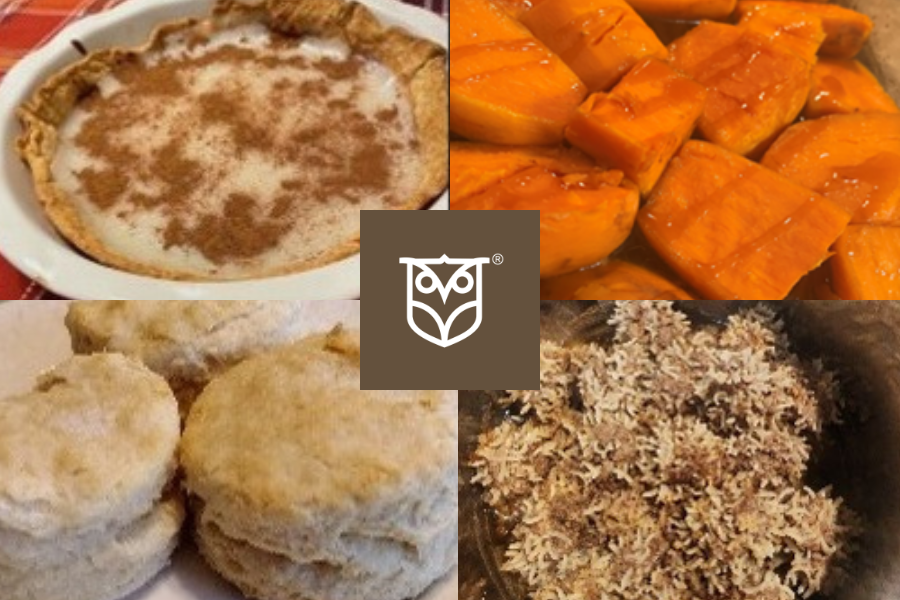 You probably won’t be surprised to learn that the average cost of a Thanksgiving dinner for 10 people is 20% higher this year. According to the American Farm Bureau, you’ll pay around $6.50 per person, or $64.50, for this year’s spread – up more than $10 from last year. Here at Savant, that tidbit of news got us thinking: What was Thanksgiving like during The Great Depression when unemployment was high and many people struggled to afford food?

As you might expect, people got creative when it came to putting nutritious holiday meals together for their families. Our search for Depression-era Thanksgiving meals turned up a number of interesting recipes, so – just for fun — a group of Savant employees agreed to try them and provide a review.

Instead of turkey, some families during The Depression served “porcupine” meatballs as a main dish. (The meatballs weren’t made from porcupine meat – they contain rice, which looks spiky.) Our Director of Financial Planning, Anne Mank, said porcupine meatballs were a staple when she was growing up, so she decided to make them for her family. “I made a slight adjustment and used the Instant Pot (pressure cooker),” she said. “Well, we had the biggest surprise when we opened the lid. They looked like little porcupines (or sea urchins). Once we added the tomato sauce, they tasted just like I remembered as a kid.”

Digital Marketing Manager Stephanie Kaminski elected to try a creamy chipped beef fondue recipe because it reminded her of the chipped beef on toast her mother used to make. “I recall my grandpa being revolted that this was in our family’s comfort meal rotation because he ate humdrum chipped beef on toast (‘sh** on a shingle’) when he was in the Navy. However, it was always a favorite of mine,” she added. Steph says the fondue cost about $11.13 to make, and she didn’t include pictures because it was “not a pretty sight.” Well, not every meal can look like Martha Stewart prepared it!

Investment Research Analyst Torin Kasper decided to make candied sweet potatoes. “These are a favorite for my family,” she says. Torin actually made two batches – one according to the Beaumont Enterprise recipe, and one with lots of marshmallows on top. She said both were delicious and that she’d be making them again for Thanksgiving!

Client Services Manager Nicole Wood was excited to try this buttermilk biscuit recipe. “These were delicious,” she said. “In fact, my seven-year-old proclaimed them the ‘BEST biscuits I’ve ever had.’” Nicole added that the recipe yielded 10 medium-sized biscuits at a cost of about $1.84 – not a bad price even in these inflationary times!

Administrative Assistant Lori Dredske decided to make water pie, which simply calls for hot water, vanilla, sugar, butter, flour, and a deep-dish pie crust. “My family thought it was pretty tasty!” she said. “The recipe didn’t specify cooling the pie after baking, but obviously that’s key. I ended up giving it some time in the refrigerator and finally the freezer (we were impatient) before I determined it was ‘set’ enough to cut,” she added.

Many thanks to our Savant “test kitchen” team for helping with our Thanksgiving experiment. And from all of us to all of you, happy Thanksgiving!