The 2019 SECURE Act – As Told Through Horrible Christmas Puns 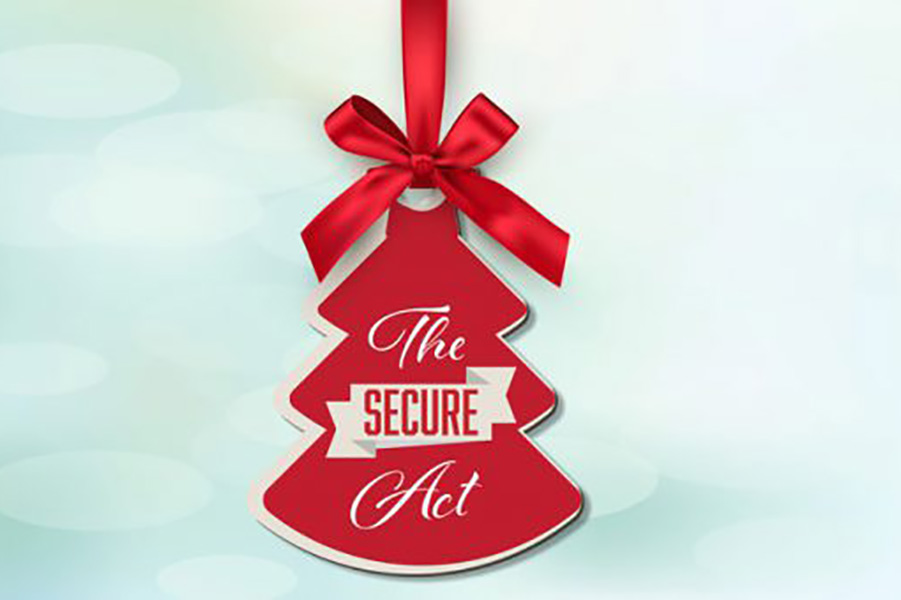 Do you hear what I hear??? It’s new legislation coming out of Washington this Christmas season!  Heading into the New Year the Federal Government has just released legislation that will have far reaching implications for nearly all individuals.  You may have heard rumblings of something called the SECURE Act throughout the year.  It passed with near unanimity in the House back in May but was met with a frosty response once it moved to the Senate.  On Monday this Act was attached to a fiscal year 2020 appropriations bill that had to pass by Friday (a move almost as sneaky as the Grinch stealing the last can of Who-hash).  Most likely this Act will get little publicity as it has to compete for air time with both the impeachment of the President and the holiday season.  However, there is a lot in the Act that will likely affect you, so I have made this list, and checked it twice, of some items you should be aware of…

It will be a Blue Christmas for most non-spousal beneficiaries, as the Act does away with the ability to “stretch” required minimum distributions over their lifetime.  This is not retroactive, so it will not affect beneficiary IRAs already in existence, only those created on or after 1/1/2020.  This means that starting next year, beneficiaries who inherit IRA monies will now be required to fully distribute these accounts within 10 years. However, the Act does provide a carve-out for certain types of beneficiaries, still allowing for a “stretch” over their lifetime.  I’m going to call these the… FIVE GOLDEN ELIGIBLE BENEFICIARY TYPES!  This includes beneficiaries that fall into one of the following categories: a surviving spouse, disabled individuals, chronically ill individuals, individuals who are not more than ten years younger than the deceased owner, and the owner’s minor children (this last one only applies until they reach the age of majority).  What does this mean?  It means you really should reexamine whether your beneficiary designations and estate plan still accomplish your goals.  Changes may be necessary, lest your named beneficiaries feel like they got run over by a reindeer with a large unnecessary tax bill.

But it’s not all bad; some nice changes to retirement accounts are coming to town.  While many beneficiaries of retirement accounts will not be as well off, the actual owners will see positive changes.  To start, the age at which an individual must begin taking required minimum distributions from their account has been raised from 70 ½ to age 72.  This only applies to individuals who will not have turned 70 ½ prior to 1/1/2020.  For all those who have already reached that age, you are stuck continuing to take RMDs.  It also completely repealed any age-based limitation on IRA contributions.  Individuals can now continue making contributions to their IRA beyond the age of 70 ½.  Both of these provisions address the fact that individuals are simply living and rocking around the Christmas tree longer than they have in the past.

The bill also expands what qualifies as an allowed distribution from the 529 plan you have for that little drummer boy in your life. 529 plans can now be used to pay for registered apprenticeships and up to $10,000 of qualified student loan repayments.  Just make sure that the distribution is also OK with your state because not all states follow the federal guidelines, and an improper distribution could put you on their naughty list.

The SECURE Act contains much more, but I didn’t want this article to be as long as a rendition of the Twelve Days of Christmas.  If you are a business owner who has or is interested in providing a retirement solution for your employees, you’ll want to review additional provisions.

Expect to hear more from Savant in the New Year regarding all of these changes and more.  But for now, rest assured that we are paying attention, and go back to enjoying the chestnuts roasting on an open fire. 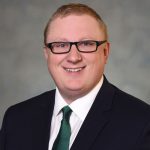 Andy has been involved in the financial services industry since 2011. He is licensed to practice law in Illinois and Wisconsin, as well as in front of the U.S. Tax Court and the U.S. Supreme Court.