Victims of Their Own Success “Past performance is not indicative of future results”

We’ve all heard this phrase, ad nauseum, in fund advertisements and prospectus documents. And for good reason.

Fund companies are legally required by the SEC to include such language to protect investors from making uninformed investment decisions based solely on past returns. We know from history that prior results alone are a noisy, inconsistent, and incomplete method of evaluating investment managers.

Unfortunately, that advice often falls on deaf ears as many of us interpret those words the same way Charlie Brown and his classmates hear their teacher:

The words are even more likely to go into one ear and out the other when the past performance in question is astronomical in nature.

Every year sees its share of impressive funds along with underwhelming ones. In most years, the absolute and relative performance from the “winners” is somewhat modest. But every so often, you get a crazy year like 2020 where the numbers put up by a manager, or subset of managers, are simply too bonkers to ignore.

It seems fair to say that a return greater than 100% in a calendar year would qualify as extraordinary. Last year alone, there were 18 such funds. To put into perspective just how unusual that is, Morningstar conducted a study examining every instance of annual gains of 100% or more since 1990. The results were both shocking and not surprising at the same time. I was not surprised to see that funds with such significant short-term gains went on to disappoint in subsequent years. What shocked me was just how disappointing they were, on average, in the years that followed their banner performance.

Let’s review some of the numbers, courtesy of Morningstar’s Jeffrey Ptak:

While several fund families found themselves in 2020’s rarified air, the poster child of the group – and the subject of the most media attention and scorn – was Cathie Wood and her firm, ARK Invest. In 2020, each of ARK’s five actively-managed ETFs gained over 100%.

Unfortunately, most of the dollars in those ETFs came in AFTER the initial wave of supersized returns. Flows follow performance – a tale as old as time. According to Institutional Investor, ARK’s firmwide assets went from roughly $3 Billion at the end of 2019 to over $34 billion as 2020 came to a close. How are things going in 2021, you ask? So far, not great.

All five of ARK’s active ETFs are significantly underperforming the S&P 500 and the NASDAQ 100 year-to-date. While off their lows for the year, each fund has experienced a drawdown of more than 20%. That’s probably not a big deal to long-term investors in the fund, but certainly not what the people who bought the funds in the fourth quarter of 2020 thought they were signing up for.

I don’t mean to pick on ARK. I have no vested interest in their success and no reason to root for their – or anyone’s – downfall. They, and the other managers who have experienced gangbusters returns in recent years deserve all the credit they receive. Same goes for the investors who identified them early and had the conviction to allocate BEFORE the ridiculous track records were there.

The problem with eye-popping returns has nothing to do with the managers of the funds themselves. They are merely doing their job and, at least in the recent past, have been doing it quite well. Instead, the problem stems in our collective inability to resist the siren song of past performance.

The sheer rarity of +100% returns is symptomatic of their unsustainability and should give us pause before piling in. As history has shown, funds putting up these kinds of numbers tend to cluster together in extreme market environments. Today, the funds in this cohort – much like the tech-bubble darlings that came before them – are littered with exorbitantly priced and unprofitable stocks. According to the Morningstar study, the portfolios of last year’s big winners were roughly three and four times more expensive from a valuation standpoint than the NASDAQ 100 and S&P 500, respectively.

Time will tell what the future holds for these high-fliers. There are still many innings left in 2021 and even more in the years beyond. But the old Warren Buffett adage “size is the enemy of performance” comes to mind. The new dollars entering these funds must be put to work and this can lead to concentration, illiquidity, and a deflating of excessive valuations when sentiment shifts – if it hasn’t already.

Outsized returns are what all active managers strive for. But all too often, the outliers end up becoming victims of their own success. 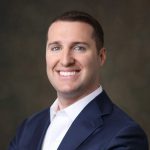 Phil has been involved in the financial services industry since 2007. He is a member of the CFA Society of Chicago and is regularly featured in notable media outlets. In 2018 and 2019 Phil was named one of Investopedia’s Top Financial Advisors.