Will You Owe State Taxes for Federal Student Loan Forgiveness? 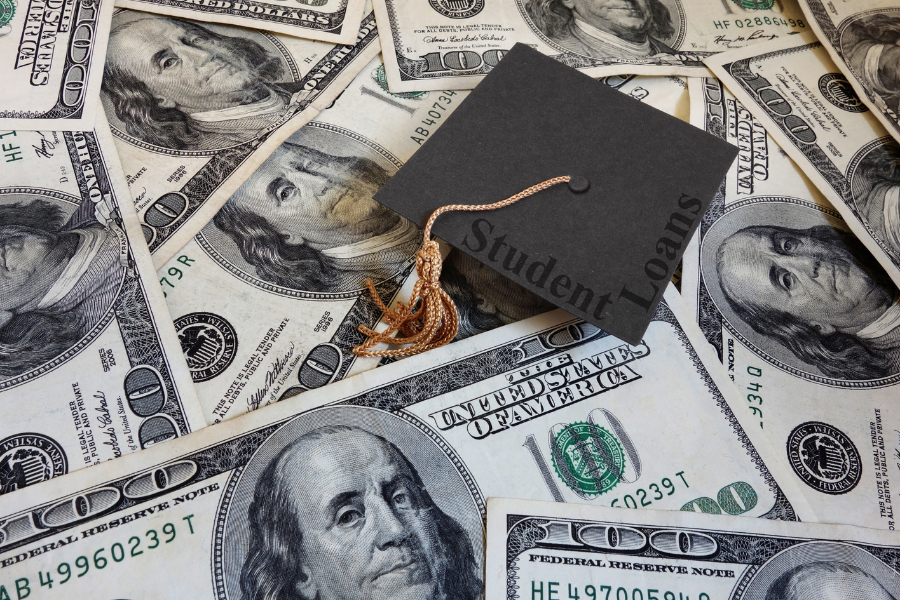 At the federal level, forgiveness of these student loans won’t be a taxable event. That’s because the American Rescue Plan, which passed in 2021, contained a provision that exempts all federal student loan forgiveness from federal taxation through the end of 2025.

State taxes are a different matter, however. Depending on the state, a canceled student loan may be considered as income for the year in which the loan was forgiven and taxed accordingly. And while some states have already decided to waive state taxes for federal loan forgiveness, others either intend to tax the forgiven loans or have not yet made a decision.

In the U.S., many states already conform with the federal tax code for the purposes of student loan forgiveness, do not tax forgiven loans, or have announced they would not tax residents. Here is the status of state taxation plans for the 13 non-conforming states (believed to be accurate as of Sept. 2):

Arkansas: According to news reports, the Arkansas Department of Finance and Administration (DFA) is reviewing state law to determine whether Arkansans with forgiven federal loans will owe state taxes. A spokesperson for DFA said he expects an answer to come this week.

Hawaii: The state announced on Aug. 29 that residents who receive loan forgiveness will not owe state taxes.

Idaho: According to Bloomberg, Idaho is one of several states to exempt residents from paying state taxes for loan forgiveness.

Massachusetts: The state of Massachusetts will not require residents to pay state income tax on forgiven federal student loans. It announced in January that income from the discharge of student loans excluded by the American Rescue Plan Act could also be excluded from Massachusetts gross income.

Mississippi: Mississippi Today reported last week that the state will require residents to pay taxes on forgiven student loans, but noted that because student loan servicers will not be sending Form 1099-Cs, the form Mississippi taxpayers would need to file debt cancellation, the state may not know if a state resident received loan forgiveness.

New York: Although the New York Department of Taxation and Finance has reportedly confirmed it would not count forgiven loans as income, State Senator Michael Gianaris announced plans to introduce legislation that would make forgiveness a state law.

Pennsylvania: The state’s Department of Revenue has confirmed on its website that Pennsylvania residents will not have to pay income tax on forgiven student loans.

Virginia: A bulletin issued by the Virginia Department of Taxation in February indicated the state would conform to the American Rescue Plan Act and that it would not tax forgiven federal student loans through 2025.

West Virginia: PBS reports that a spokesperson for West Virginia’s tax agency told the Associated Press that it would not tax student loans forgiven by the Biden administration’s program.

Wisconsin: The Tax Foundation says Wisconsin is on track to tax student loan debt forgiveness. However, WTMJ-TV reported that the Wisconsin Department of Revenue is asking the state legislature to align with the federal government to rescind the tax.

If you live in a state that plans to tax forgiven federal loans as income, the Tax Foundation estimates the tax bill for student loan forgiveness could range from around $300 to $1,100, depending on the state. Talk to your tax professional if you have concerns about your individual situation, and continue to monitor the news for any changes or updates.