The Elephant in the Room – Europe’s Russian Gas Problem 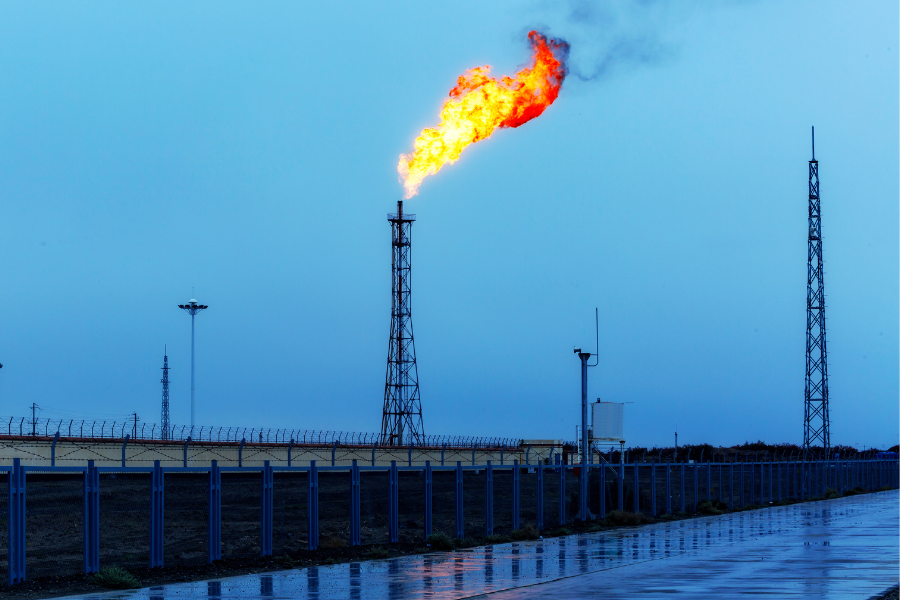 Russia’s energy industry is like oxygen to Europe’s economy.

The European continent has traditionally imported a quarter of its oil and almost 40% of its natural gas from Russia, and the geopolitical wrangling around the latter is currently causing chaos.

You need natural gas for heating homes, cooking, and powering electricity. The war in Ukraine and follow-on sanctions have upended energy supplies in Europe and caused a serious situation.

A limited gas supply during the winter months will have serious ramifications for businesses, economic output, and most importantly, the people who live in Europe.

Over the past few months, there has been a series of back-and-forth headlines about European stocks. Depending on the day, it’s “European Stocks Down on Fears of Russian Gas Supply” or “European Stocks Up on Improving Gas Supply.”

You can see a sampling of those headlines below:

As background, most of the natural gas transported to Europe comes through an extensive pipeline network from Russia called Nord Stream. Germany, Europe’s largest economy, is the largest recipient of that natural gas.

Some countries in Europe built liquified natural gas (LNG) terminals which allow them to receive natural gas dropped off by cargo ships. But not all European countries have this infrastructure, so the source of natural gas is different depending on the country.

For example, Germany and Italy are extremely dependent on natural gas coming through pipelines, while the United Kingdom and Netherlands are more reliant on LNG terminals.

But Nord Stream remains Europe’s single largest supplier of gas, and the pipeline has only been operating at 30-40% capacity over the past few months. As you can see below, during the month of June, the daily volume of natural gas flowing through Nord Stream was more than cut in half by the end of the month.

Why is Nord Stream only operating at 30-40% capacity?

Gazprom, Russia’s state-owned gas exporter, blamed the cut on Germany and issues surrounding a turbine repair. The reality is likely much different. Russia appears to be retaliating against Europe for the sanctions placed on them for instigating a war in Ukraine.

The issue for Europe heading into winter is two-fold:

In the likely event Russian gas supply to Europe stays in the same range, sacrifices are being made to make ends meet across the continent. Office buildings currently have caps on air temperatures and industrial production is being held down intentionally.

Industry and households are doing their part leading up to winter, but we can’t forecast how the weather will shake out during the winter months.

In summary, Europe is facing a perfect storm of uncertainty. It seems likely this mess will take years, possibly even longer, to sort itself out.

Looking beyond that and thinking through the investment implications for Europe, it’s fair to ask if European stocks are still worth owning.

It’s certainly more comfortable to invest close to home when things are messy elsewhere. But from a historical perspective, stock returns between the U.S. and Europe have been close. Since 1970, the U.S. has outperformed Europe by roughly one percent annually.

As referenced in the above chart, most of that U.S. outperformance has come since 2010. Prior to 2010, Europe had been a better performing market for the previous 40 years.

The overall annual returns are close, but the cyclicality (i.e., each market has taken turns leading) makes owning them together valuable. The below chart shows the rolling 5-year outperformance and under-performance of U.S. stocks versus European stocks.

Additionally, since 1975, the outperformance cycle between the two markets has been roughly eight years. We’re currently 11.3 years into the current cycle of U.S. outperformance, which suggest the tide could be ready to turn.

The recent spread in performance has led to a spread in valuations as well. The below table shows U.S. valuations versus Europe across several valuation metrics.

To be fair, valuation comparisons between countries aren’t a perfect science. The companies and industries that carry significant weight in European stock indexes are much different than the U.S.

For example, the largest company in Europe, Nestle, is a packaged foods company growing sales at a modest rate. The largest company in the U.S., Apple, grew sales 33% last year and is growing faster than they did in 1989, when they were only a couple years removed from operating out of a garage.

While it’s not uncommon for U.S. stocks to trade at larger premiums, it’s clear that valuations are much cheaper in Europe.

One paradox of investing success is it’s hardly ever comfortable investing where the best bargains are found. Amazon is expensive for a reason – everyone knows it’s an amazing company. Certain investments and markets usually become cheap for a reason. You need bad news and poor fundamentals to see prices and valuations drop to attractive levels.

In March 2020, oil prices went negative, and it was a crazy proposition to own oil stocks. In 2022, oil stocks are the best performing sector of the S&P 500 and nothing else is even close.

Markets don’t trade on absolutes; rather, they trade on expectations. And when expectations go too far in either direction, investors tend to be surprised by the future results. There is no such thing as a good or bad investment, just a good or bad price that is paid.

Europe appears to be a mess. European stocks trade at significant discounts. For investors who can be patient, we believe that’s potentially a good combination.