The Ukraine Invasion: How Geopolitical Events Can Affect the Markets 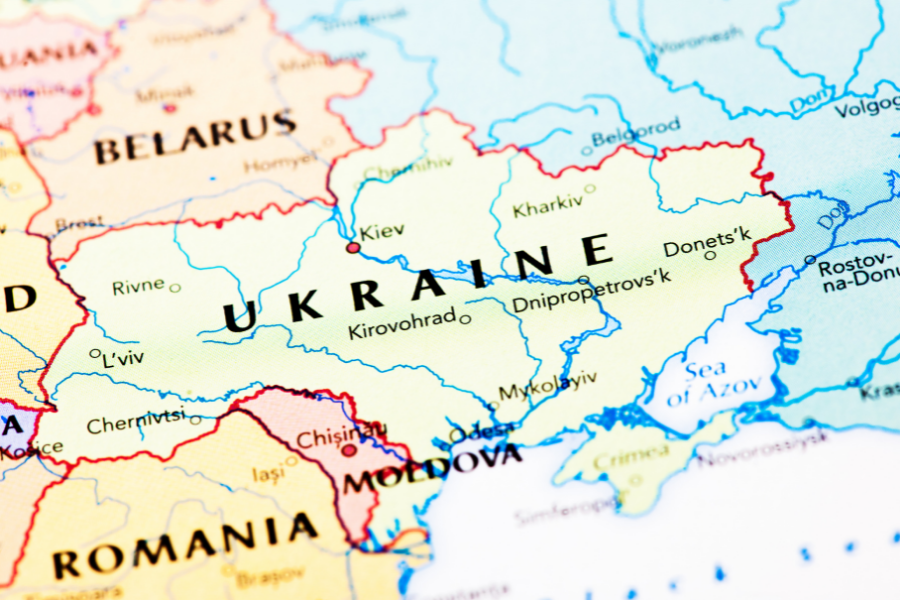 Russia invaded Ukraine earlier this week. While not unexpected, the news has sparked an emotional response from people, including investors, around the world. This is a major event that comes with complexities across geopolitics, international security, trade, and financial markets.

The international community is eager to punish Russia for this hostile act. For now, punishment involves sanctions – disallowing companies to do business with Russia’s largest banks and manufacturers, stopping purchases of Russian debt, and freezing Russian assets held in other jurisdictions – but more punishment will likely be added if Russia continues its actions.

Following the invasion, equity markets sold off aggressively and commodity markets began surging. Equities’ first move is usually down during periods of elevated uncertainty – this situation reflects that. The move up in commodity prices, already impacted by COVID-19-related supply chain issues, likely reflects economic sanctions being imposed on Russia taking supply off the market, particularly in oil and natural gas.

As investors, it’s important to remember we have no control over any of this. The simplest advice would be to not bet on the end of the world. Whatever your plan was last week or last month, stick with it.

Looking at more than 20 major geopolitical events over the past 80 years, we know stocks tend to take these events in stride. After nearly every event, stocks traded lower the day after a major event but recovered quickly thereafter.

After 9/11, the worst tragedy on our soil in recent history, U.S. stocks recovered all losses by November, roughly a month later. While no two situations are alike, a military conflict in Eastern Europe seems unlikely to be as impactful as some of the other events on this list from which markets recovered.

Looking at investor sentiment, CNNMoney’s Fear & Greed Index is at its lowest levels in more than a year. We know from history that periods of extreme fear usually tend to coincide with market bottoms.

In our view, this conflict should not inform any investment decision-making. Don’t become a prisoner of the news cycle. Even as the world has observed many previous crises like this one, capital markets have rewarded disciplined investors. Adjusting your portfolio frequently in response to current events may – counterintuitively – introduce more stress, which can affect your overall investment experience.

We can never be sure how a single event will impact the markets, and that’s why we believe it’s important to take a long-term view during uncertain times. While it’s no consolation, it’s likely this event will be more of a human tragedy than a financial one.