Jackson Hole, The Fed and No Pivot 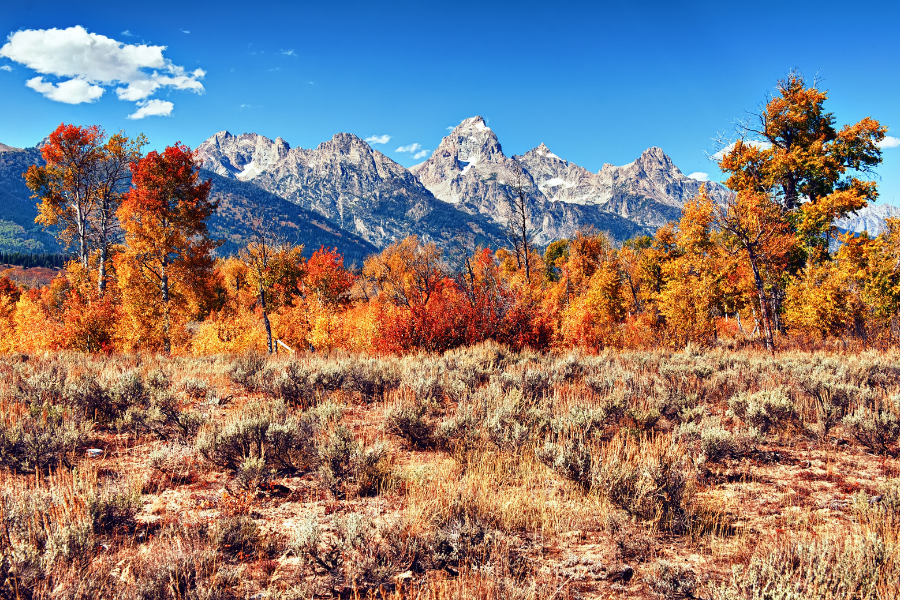 Economist Mohammad El-Erian said last week, “This Fed has failed at analysis, failed at forecasting, and failed at communication.”

This is not a statement of fact; it’s just one person’s opinion. El-Erian’s opinion carries more weight than the average person, but nonetheless, it remains an opinion.

But the comment captures the current market zeitgeist. Opinions on the Fed and economy broadly are as flammable as hand sanitizer.

It’s a lot like sports talk radio after a football game. Regardless of whether your team won or lost, the callers always run the spectrum between positive and negative with the occasional “take-quake” so shocking it takes out the proverbial ground from under you. After the Packers lost in the first round of playoffs last year, a fan called in to a local Milwaukee radio station and advocated blowing up Lambeau Field and building a dome in Green Bay because the Packers can’t win outside in the cold.

This is a fun example of opinions taken to an extreme.

To be clear, there’s plenty of evidence the Packers have no problem playing outside in the conditions. The reality is that the results sometimes don’t go your way because the margin for error is thin.

Financial markets are susceptible to this same phenomenon. Seemingly trivial differences can swing results drastically. The difference between 8.4% and 8.6% in the upcoming August inflation report will have a profound effect on how the Fed views inflation – one number means inflation is slowing, the other means it’s increasing. When reporting earnings, a company’s stock could be up or down 10% on whether they beat or miss a sales estimate by a couple million dollars.

In the years that followed the Great Financial Crisis, there’s been consensus around the impact and relevance the Fed has on financial markets, which is to say, the Fed matters quite a bit.

Using Google Trends, you can see the trend of interest in “The Fed” has increased over time. There have been peaks and valleys, but interest has moved sharply around key events, particularly after 2008, the depths of Covid-19, and the current Fed rate hiking cycle.

Eyes were once again back on the Fed last week when they hosted their annual summer retreat in Jackson Hole, Wyoming. The event was originally held in Kansas City but moved to Wyoming in 1982 because Fed Chairman Paul Volcker wanted to go fly fishing. In the 40 years that followed, the event has turned into a media spectacle that attracts world leaders and is covered extensively by business outlets.

Current Fed Chairman Jerome Powell gave a speech from the event last Friday, and the market did not appreciate what he had to say. The S&P 500 fell 3.5%, its worst day since May.

There’s a chance Powell heard what El-Erian said because he was perfectly clear in his communication on Friday. His opening statement was, “Today, my remarks will be shorter, my focus narrower, and my message more direct.”

Direct he was. The speech was unambiguous, and he made his intentions crystal clear.

He noted the Fed won’t make the mistake of stopping early raising interest rates. If there are holes in the drywall of the economy, he has no intention of covering them up with Led Zeppelin posters; he wants to do a full remodel. He reminded investors that even if inflation has peaked, there is still a long “painful” road ahead to get the economy back on track.

The key problem the Fed is solving for is the difference between the Fed Funds rate and inflation. The spread between the two is higher than any time since the 1970s.

Each of the last eight Fed hiking cycles has ended with Fed Funds higher than inflation. With 8.5% inflation and a 2.5% Fed Funds rate today, there’s a long journey ahead to find the right balance.

In short, no Fed “pivot” is coming. The Fed is planning on pressing forward on raising rates to slow down demand. The goal is not only to temper inflation but to also restrict it fully, even if it means weakening the economy.

How far will the Fed have to raise rates to slow down inflation? That’s the million dollar question.

But there are better uses of time than debating which scenario is more likely. Rather, we should understand there’s a range of possible outcomes and accept we may see more volatility between now and year-end. If 50% of your net worth is in Tesla stock, you may consider making portfolio changes. If a considerable portion of your assets are broadly diversified, you should understand some areas of your portfolio may underperform and some may outperform; same as always.

After Friday’s speech, the narrative tug-of-war is back on.

The most obvious advice for investors is to avoid becoming a prisoner of the moment.

Bill Miller had a great quote about times like these in his annual letter last year. He said:

“When I am asked what I worry about in the market, the answer usually is ’nothing,’ because everyone else in the market seems to spend an inordinate amount of time worrying, and so all the relevant worries seem to be covered. My worries won’t have any impact except to detract from something much more useful, which is trying to make good long-term investment decisions.”

That quote feels perfect for this moment. To the best you can, let the market do the worrying for you.