Why Is the Market Going up When the Economy Is Going Down? 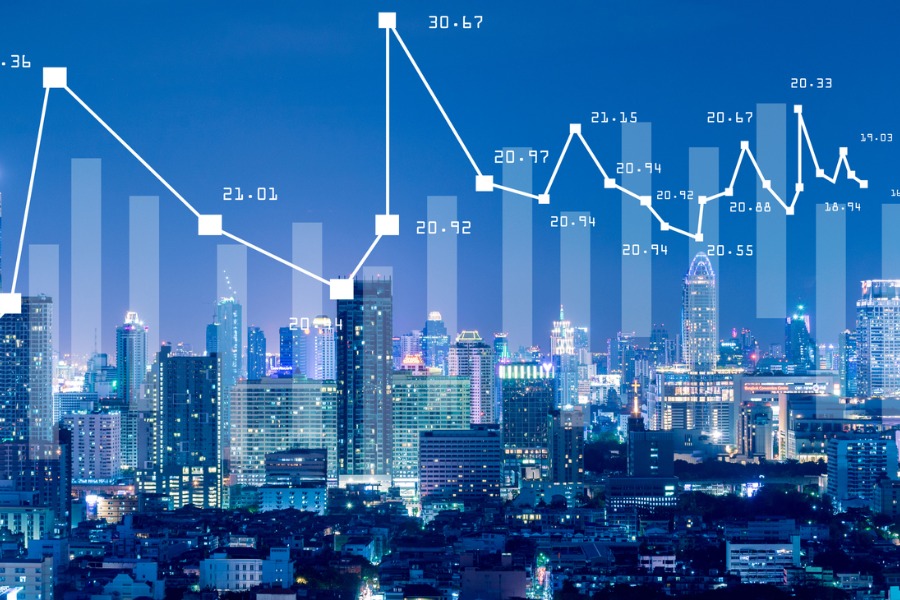 GDP is down, unemployment is up, and businesses such as Neiman Marcus1 and Hertz2 are filing for bankruptcy. Yet the stock market (S&P 500) is up about 30%3 since the market bottom in late March. What is going on? How can this be?

Well, here are three categories of answers to this excellent question.

There is a difference between lagging economic data and the stock market. Most of the economic data that is reported has to do with the past. It might be the recent past, but it is still last week or last month or last quarter. On the other hand, the stock market is forward-looking. This is in contrast to GDP or unemployment, which are statistics about what has happened in the past.

The stock market, which is the combination of all individual and institutional investors in the world, is looking forward to the economy opening up again. What’s past is past, but what will happen in the future to America’s greatest companies?

This is not a recommendation, but take Disney for example. All its parks are closed, and its travel and cruise business segment is not in good shape. It also owns ESPN, but all live sports are cancelled. It recently started Disney+, and that streaming service has done well during the shutdown. So, beginning in early February, investors began selling Disney stock and its price went down—about 40%4. They were looking forward to what would happen during a pandemic.

And now, investors are still looking to the future. While Disney’s stock price has taken a steep decline, investors are thinking that eventually the parks will open up and we will have live sports again. Disney’s park in Shanghai has already opened. At some time in the future, people will travel and even book cruises. So, they are buying the stock in anticipation of future good business results. When more people are buying than selling, the price goes up.

The “market” is not some mystical entity, although we routinely talk about it as if it is. The Dow is simply the combination of 30 large U.S. companies, using a formula based on their stock prices. The S&P 500 is just the aggregate of 500 large U.S. companies combined into an index, weighted by market capitalization.

The S&P 500 is comprised of 11 different sectors. Each sector performs differently than the others.

During this coronavirus crisis, most of the focus in the media has been on Restaurants, Retail and Travel. That makes sense, as the media goes by the old mantra, “if it bleeds, it leads” and that is where much of the pain, damage and unemployment have been. So, the stocks of hotels, airlines and cruise lines have taken a real beating.

But the Technology and Health Care sectors have performed quite well year to date. Energy, on the other hand, has experienced a massive decline in demand due to less people traveling and commuting. In addition, there was a spat between Saudi Arabia and Russia which affected oil prices5.

It is very, very difficult to try to pick and time the performance of the various sectors. That is why we prefer to own all of the market—all of the sectors—so that when they do turn around, we are already invested in those areas.

A major reason for the stock market’s rise since the bottom in March is government intervention; that is, fiscal and monetary stimulus. An incredible amount of stimulus was poured into the economy in an incredibly short period of time.

Regarding fiscal stimulus, the CARES Act was signed into law on March 276, although investors knew that Congress had approved it a few days before, and the market immediately began to rally. The Federal Government sent an unprecedented $2 trillion of cash to eligible taxpayers, small and large businesses and state and local governments. This money was intended to be spent by the recipients; most of this money would go back into the economy. Investors knew that and began buying stocks of companies they anticipated would benefit from all this spending.

And those pessimists who were shorting the market got “squeezed”—they had to quickly buy large amounts of stocks to cover their short positions, which were now losing money at a rapid pace. More buying than selling equals stock prices rising.

In addition, the CARES Act removed the requirement that older Americans withdraw from their IRAs in 20207 (the Required Minimum Distribution or “RMD”). This means that a significant amount of stocks that otherwise would have been sold, did not have to be sold within IRAs in order to send the requisite cash to retirees. Less selling means less downward pressure on stock prices.

Regarding monetary stimulus, the Federal Reserve initiated stimulus measures that fall into three basic categories: interest rate cuts, loans and asset purchases, and regulation changes. The Fed cut its benchmark interest rate, the Fed Funds rate, twice during March 2020, once by 0.50% and a second time by 1.00%8. This is notable because the Fed had not moved interest rates in increments greater than 0.25% since it cut them during the Financial Crisis. On March 15, 2020, the Fed also cut its “discount rate,” another key interest rate, by 1.5%, down to 0.25%.

This has caused the money supply to explode to the upside. The last time this happened (2008), which was on a much smaller scale, it caused massive increases in asset prices; i.e., stocks. This explosion of liquidity played a significant role in equity returns during this time.

There is an old Wall Street adage, “Don’t fight the Fed.” And this is exactly why. When the Fed does massive quantitative easing such as this, the stock market tends to go up.

Today, this extraordinary stimulus, both fiscal and monetary, is in large part responsible for the market going up when the economy looks to be in bad shape.

Why Is the Market Going up When the Economy Is Going Down? Conclusion

The markets and the economy are connected, but they can often move in different directions at different times. This is part of the reason why timing the market is nearly impossible. The only solution is to invest based on a sound strategy and maintain discipline.