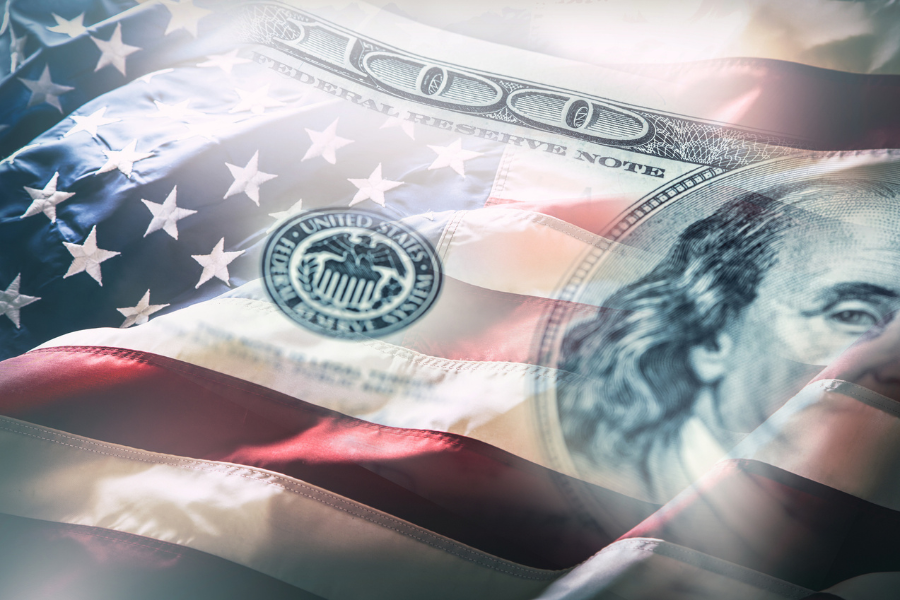 The next boogeyman is always around the corner in a bear market.

Now that control of the House and Senate hangs in the balance, there will be no shortage of predictions about how the outcome of the midterm election may impact financial markets and the economy.

Political predictions aren’t our business; we have no special insights there. Planning and investing is our business, and one of its unique benefits is it’s a “no called strikes” game. In effect, you don’t have to swing at every pitch.

We’re not taking a swing at who wins or loses at the ballot box. But we can take a swing at how markets may respond. And history indicates we should remain open to the possibility the market could be less hostile once the midterms are settled.

The average midterm year since 1950 has seen the S&P 500 correct 17% on average, the largest decline when looking at markets through the lens of a four-year presidential cycle. The good news is stocks have returned 32% on average a year after they reached their lowest point. Our most recent lows in the S&P were on October 12th and we’ve since rallied 7%. Whether that marks the low remains to be seen, but the probabilities of success are moving in the right direction.

Every political cycle has its own nuances and intricacies, but it has not been uncommon for the market to lag during a president’s second year, particularly a newly appointed president. As you can see below, the worst time for stocks has been midterm years with a new president. The S&P 500 has only been up 2% on average in these years, the lowest of the four-year presidential cycle.

But look what happens the following year. Markets have been positive one year after the midterm elections in all 18 instances since 1950, with an average return of nearly 15%.

In the game of “no called strikes,” it’s like handing the bat to Ted Williams after the game reaches its lowest – and least hopeful – point.

The question should be asked: Why have markets historically rallied after midterms?

Unfortunately, there’s no obvious way to diagnose it. But we can say with a degree of confidence markets don’t like uncertainty – politics certainly owns its fair share of that ingredient – and when midterms pass, the veil of uncertainty is lifted to some degree.

The truth is no one really knows.

Those are just two recent examples. History is full of more. The reality is politicians have far less control over the stock market than most people would like to believe. You can point to policy they implement impacting certain industries, which is of course true over time, but those policy outcomes often show up with significant delays and have consequences that can’t always be connected by a straight line.

Point being, mixing politics and investing is like mixing oil and water – they don’t go together.

Midterm elections are clearly important, and the extensive media coverage reflects their importance. But for investors, the best part happens once midterms are over, stocks have historically received a nice tailwind.

The stock market has gone up—and down—under every political party. But over time, the path of least resistance for stocks is generally higher. Regardless of who wins, the simplest advice is to keep politics from influencing any investment decisions.

Money decisions are already full of emotions, biases, and blind spots – there’s no need to add another layer of complexity.

You should not assume that any discussion or information contained in this document serves as the receipt of, or as a substitute for, personalized investment advice from Savant. This is intended for informational purposes only.

The last 18 months have witnessed a return to normalcy among some diversifiers – small-cap value, energy stocks, and managed futures, to name a few. Others have been flipped on their heads entirely – hello, bonds! Yet one area has remained consistently disappointing from one decade to the next: unhedged exposure to international stocks from the lens of a U.S.-based investor.
Learn More
November 4, 2022