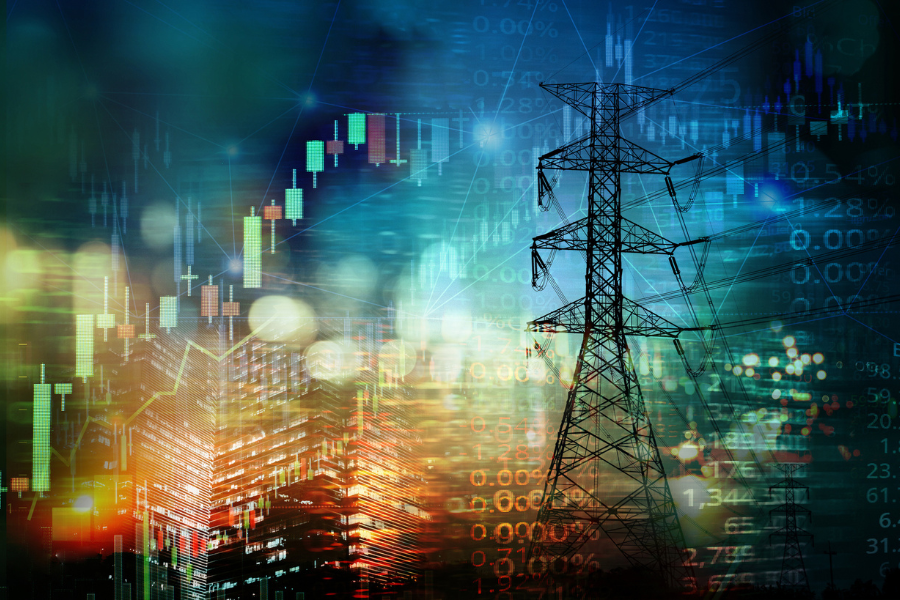 Parts of the market that feel safest can sometimes be the riskiest. There’s an old saying, “The generals get shot last.” In effect, the generals are the last line of defense once everything else has been taken out.

Many market generals were taken out last week.

Yet, in a week that saw some of the biggest stocks in the market suffer, the S&P 500 was up nearly 3%.

Going back to the Facebook IPO in 2012, there hasn’t been a single week where these three companies were negative and the S&P 500 was positive. Market leadership is changing.

Look at the results by industry group this year. Energy stocks are positive and everything else is negative.

The big picture, simply, is energy is driving everything from a market perspective. Energy prices and commodities broadly are the biggest component of inflation, which has been dictating the Fed’s path of rate hikes, and the stock market has been reacting to the Fed’s intended path.

The joke has been made, “Energy is the world’s central banker, not the Fed.”

To be fair, that’s an oversimplification, but it holds many kernels of truth.

Thinking about the energy complex – is any of this sustainable?

But there’s something unique about the current cycle. As oil prices have increased, we haven’t seen the typical supply response (i.e., more production of oil).

There’s certainly an element of “fighting the last war” in the oil patch. The last oil bust is still fresh in many oil producers’ minds; it happened six years ago. Between the second quarter of 2015 and the fourth quarter of 2016, more than 100 exploration and production companies went bankrupt.

The biggest follow-on impact of these bankruptcies was a lack of investment in oil production.

Exxon Mobil shared the chart below in a recent earnings presentation. Investment in new oil production stagnated coming out of the 2016 bust, and the pandemic pushed investment down even further.

The critical point Exxon made was the energy industry is struggling to produce enough oil to match current demand and they anticipate the industry is significantly behind on future demand. In effect, they see the problem getting worse. We have a market starved for oil as the world gets moving again, with a production cycle that has not been keeping up.

Oil production isn’t experiencing these problems in isolation. The commodities complex broadly (think natural gas, copper, wheat, corn, etc.) exhibits a similar supply dynamic. Each of these commodity markets is echoing similar sentiments, and they are racing to keep up with demand.

Jeff Currie, head of commodities research at Goldman Sachs, summarized the current environment as The Revenge of the Old Economy.

What does he mean by that?

Basically, poor investment returns over the previous decade in commodity industries saw capital re-directed to the “new economy,” mostly technology companies, which starved the old economy of the capital it needed to grow the supply base and created many of the problems being observed today.

Currie also said the pandemic may have been a catalyst for a commodities cycle that is more “boom” and less “bust” in the future. In his words:

“Covid shifted macro-economic policy away from financial stability (which started during the Financial Crisis) and more to social need. And once policy begins to shift to social need (i.e., disadvantaged groups) you create more commodity demand. Lower income groups consume the lion’s share of food, fuel, and capital goods. So, if you have policy shift to lower income groups, you’ll get more volume and demand.”

Whether he’s correct or not remains to be seen. But the logic certainly seems valid.
One obvious hurdle for the commodity complex is clearly the large number of critics or the “ESG problem” in reference to energy’s negative reputation from an environmental perspective. Many institutional investors – pension funds and endowments – have divested from energy and commodity related investments because of this.

Investors have felt the impact of energy’s low equity returns, low valuations, and higher interest rates charged on debt relative to other industries in the past decade.

But there is some counter-factual evidence that the existing energy complex is strongly suited to deliver a future that pushes more renewables as well.

One example is copper, which will play a critical part in the de-carbonization story. If we want to reduce carbon emissions, electrification is needed and copper is the only commodity that can conduct electricity. Electric vehicles, batteries for energy storage, and solar and wind power all run on copper.

Per S&P Global, an electric vehicle will require 2.5 times as much copper as an internal combustion engine vehicle. S&P also forecasts copper demand nearly doubling to 50 million metric tons by 2035. To put that in perspective, that’s more than all the copper that was consumed in the world between 1900 and 2021.

Even if those numbers are overstating things, the direction of demand seems obvious … up!

And that’s only copper. Future demand for lithium, nickel and other vital raw materials could follow a similar demand trajectory.

Of course, one week doesn’t mean much in the grand scheme of things. Nobody knows for sure whether the “old economy” can maintain its market leadership position. But there seems to be a “structural” narrative that exists today that hasn’t existed in some time.

The combination of undervaluation, underappreciation and a potentially heightened period of demand could create an environment where “the old economy” is here to stay.

This is intended for informational purposes only. Past performance is no guarantee of future results. Due to various factors, including changing market conditions and/or applicable laws, the content may no longer be reflective of current opinions.