Stocks Up Prices Down 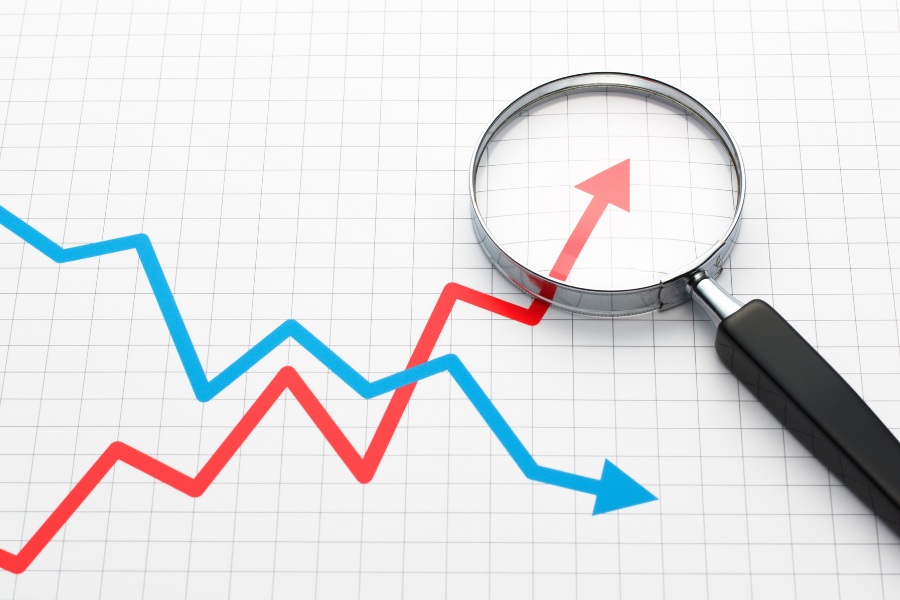 Stocks went up and they got cheaper last year.

How did that happen?

Earnings at S&P 500 companies grew 65% last year – the highest increase ever – while the S&P index only increased 27%.

That may be the craziest sentence ever written – the S&P only increased 27% – but when compared to the increase in earnings, it’s oddly true.

It has been said many times before, but is worth repeating, valuations are a poor timing tool. When 2021 started, many held concerns that the U.S. equity market was overvalued. We were coming off a year where the S&P finished up more than 18% despite a global pandemic. It was easy, popular in fact, to criticize those returns while layering in a “bubble,” “euphoria,” and “Fed cocktail” to check off boxes on the Bearish Bingo Card.

Energy, Real Estate, and Financials – the only sectors with negative returns in 2020 – were the best performing sectors in 2021.

In many ways, this is a great signal. Markets are weakest when they are narrow (read: a few companies or industries driving the majority of the returns), which was not the case last year, as returns were broadly distributed.

To use a sports analogy, you need other players to step up. In recent years, technology stocks dominated markets similar to how Michael Jordan dominated the NBA for the 1990’s Chicago Bulls.

But as any Bulls fan knows, Jordan didn’t always hit the game-winning shot. In the 1994 NBA Finals, Jordan passed the ball to the less talented John Paxson who hit the open shot and secured an NBA championship.

Similar to Jordan and Paxson, there’s a similar “skills” gap between stocks in the technology sector and other sectors. Relative to other industries, technology companies tend to be faster growing, higher margin, and produce more cash while requiring less capital to continue growing, which is why their returns have been so strong over the past decade.

But from time to time, others step up and knock down the open shot, which happened last year in the case of Energy, Real Estate, and Financial stock returns.