The China Problem with Emerging Markets 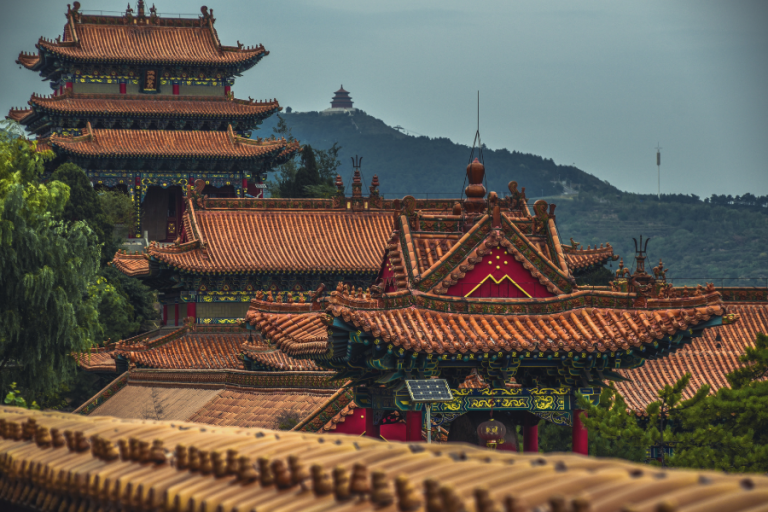 An old Chinese proverb states, “What a bear has eaten, it never spits out.”

Over the past year, China’s government has swallowed many aspects of its private sector. Here’s a sampling:

Because China represents about 30% of the Emerging Market Index, emerging markets have fared much worse than U.S. stocks this year.

However, the largest Chinese companies have suffered much worse declines than the index.

Certain industries, like for-profit online education and tutoring, have nearly been wiped out. The two largest companies in that sector have seen stock declines of around 90%.

What appeared to be a normal regulatory crackdown (on Alibaba last November) has morphed into something larger. Regulatory risk is common – U.S. technology CEOs take annual pilgrimages to Capitol Hill – so there’s precedent for increasing regulation without cratering stock prices.

But when investors can suddenly be wiped out without warning, it changes the equation, and money flees, looking for destinations where it will be better treated.

And if this wasn’t enough, China’s “real estate bubble” is also fanning the flames of worry.

Evergrande, one of China’s largest property developers, was the first obvious crack in China’s real estate foundation. In September, it was reported Evergrande was at risk of defaulting on their creditors with estimates they held $300 billion in debt on $370 billion worth of assets. To put that size in perspective, D.R. Horton, the largest homebuilder in the U.S., has only $22 billion in assets.

Evergrande isn’t the only Chinese real estate developer with issues. Another developer, Fantasia Holdings, failed to repay $206 million in debt in the first week of October. Many others will likely face similar issues in the coming months. The good news is that much of this is reflected in market prices. Per Bank of America, bonds from 24 of the 59 development companies in their Chinese real estate index are trading at yields above 20%, levels that indicate a high default risk.

The market has already priced in a bad outcome and has held up well, all things considered. Understandably, the news cycle will likely continue to focus on China’s concerns. Per Bank of America, China represented 30% of global GDP growth over the past two decades. Thus, what happens in China isn’t always contained to just China.

More recently, China has made passive-aggressive moves towards Taiwan by flying military aircraft through their airspace. Taiwan is the largest producer of semiconductors worldwide, an industry whose importance can’t be understated. It’s worth watching this situation as it evolves, but handicapping an outcome beforehand is likely impossible.

After digesting all this information, it seems likely two things can be true at once:

We have already seen large U.S. investors placing their bets.

Cathie Wood, Ark Investment’s CEO, sold her firm’s entire stake in Tencent, China’s second largest company, which essentially was a liquidation of all their China exposure.

Another prominent investor, famed fund manager Bill Miller, has used market declines as a buying opportunity by adding to his stake in Alibaba.  As he put it, “There’s many ways to win but only one way to lose,” referring to Alibaba’s multiple business units and the only way to lose being the government shutting them down.

Like anything, different people can look at the same situation and view things differently.

From our perspective, investors can do a few simple things to mitigate the China stress:

Circling back to Bill Miller, in his recent quarterly letter, he provided a great perspective:

“[Since World War II] the US stock market has gone up in around 70% of the years because the US economy grows most of the time. Odds much less favorable than that have made casino owners very rich, yet most investors try to guess the 30% of the time stocks decline.  When I am asked what I worry about in the market, the answer usually is “nothing”, because everyone else in the market seems to spend an inordinate amount of time worrying, so all the relevant worries seem to be covered. My worries won’t have any impact except to detract from something much more useful, which is trying to make good long-term investment decisions.”

In other words, the market will do the worrying for you. You are better served focusing time and energy elsewhere.  The risks of being in the game will always pale in comparison to the risks of being out.

The securities identified do not represent the securities purchased, sold, or recommended for client accounts and are presented for informational purposes only.

Fixed income used to be the asset class investors hated to love. Now it’s the one they love to hate. This year has reminded us that fixed income doesn’t offer diversification all the time.
Learn More
August 8, 2022

Second quarter Gross Domestic Product (GDP) came out on July 28th declining 0.9%, the second straight quarterly decline. The “Are we in a recession or not?” talk turned business TV into a sports debate show. There are convincing arguments on both sides.
Learn More
August 1, 2022

Inflation, stagflation, recession ... We’ve seen these words in the news many times in 2022. If you’re approaching retirement or you recently retired, you may be looking for a way to hang on to your hard-earned savings.
Learn More