The Independent Mindset and Energy Stocks 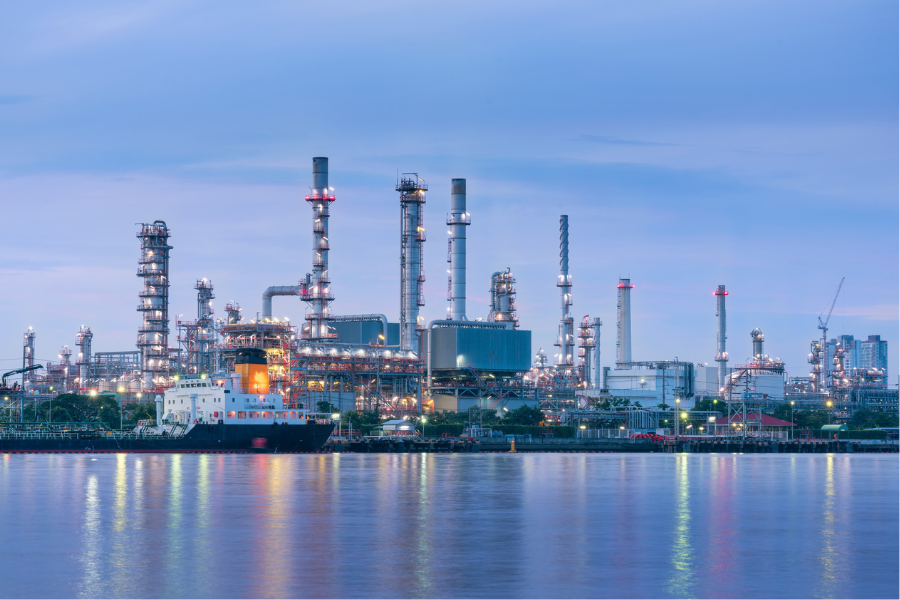 Warren Buffett wrote about the importance of thinking for yourself in his 2011 shareholder letter. He made his point by remarking how a good investor needs an independent mindset, akin to that of a senior citizen who receives a call from his wife while driving home:

“Albert, be careful,” she warned, “I just heard on the radio that there’s a car going the wrong way down the Interstate.”

“Mabel, they don’t know the half of it,” replied Albert, “It’s not just one car, there are hundreds of them.”

Buffett was clearly using sarcasm as a means of making a larger point. His primary business, insurance (he owns 100% of GEICO), was going through a period of intense competition where insurers were underwriting any business they could get their hands on.

In Buffett’s words, insurers simply couldn’t turn their back on business that competitors were eagerly writing. As the old saying goes “the other guys doing it so we should as well” is trouble for any business, but likely none more so than insurance.

Investing in the markets is a similar endeavor to underwriting insurance. You outlay money today with the hope of getting more money back in the future.

An independent mindset is essential.

The decade from 2010-2020 was defined by growth investing. Large technology companies became the largest companies in history. Google, Netflix, Zoom, and Uber became verbs. Investor dollars flew into the sector, valuations increased, and prices went up. Hardly anything else mattered.

In July 2020, Bank of America’s (BofA) institutional money manager survey found 74% of fund managers thought U.S. technology and growth stocks to be the most crowded trade, the highest level ever in BofA’s monthly survey.

The energy sector was the complete opposite – the last decade was a lost decade. Energy stocks returned (-7%) for the period from 2010 through 2020.

For a moment in time during 2020, oil prices even went negative. There were technical reasons this happened (particularly the timing of futures contracts during a period when demand for oil was nil) but this was unthinkable only a decade earlier. When West Texas Intermediate (WTI) was at $145/barrel, Goldman Sachs predicted $200/barrel given our “unquenchable thirst for oil.”

In 40 years, energy companies went from the largest sector in the S&P 500 to a mere rounding error.
Since 2015, the last time WTI (U.S. oil price benchmark) was more than $100 barrel, more than 250 energy exploration & production (E&P) companies (ones that physically extract oil from the ground) filed for bankruptcy.

Over the same period, an additional 330 oilfield services and midstream companies (energy sub-industries that support E&P companies) filed for bankruptcy, bringing the combined North American industry total to more than 600 bankruptcies since 2015.

The energy sector had been a major headache. More recently, it has become a treasure.

The energy sector is up nearly 60% year-to-date. No other sector is even close. Only one other sector, utilities, is positive for the year while the other nine S&P sectors are negative.

In fact, the spread between energy’s return and technology’s return is roughly 200% since October 2020.

Energy’s outperformance versus tech over the past 18 months is the largest divergence between the two sectors since mid-2000 — more than 20 years.

The energy sector was essentially left for dead by the investing community. The pandemic took the wind from the sails of the global economy, oil demand slumped, stockpiles swelled, prices fell, debt became crippling, profits evaporated, and bankruptcies skyrocketed.

Things could not have looked worse. But then they got better.

The lesson, in a word, would be: Diversify.

One of the most impressive aspects of the stock market is how adaptable it is over time. The S&P 500 is up nearly 4,500% since 1980 (per Morningstar data) despite the fact its largest sector waned in influence during that entire period.

Nobody is calling for the death of technology companies or the permanent reemergence of energy companies. But energy stocks have shown that long periods of underperformance may be offset by short periods of huge relative returns. And in those short bursts, we may wonder why we didn’t own them.

Nobody is asking you to drive the wrong way in traffic. Rather, everything in moderation.

This is intended for informational purposes only and should not be construed as personalized investment advice.

Historical performance results for investment indices have been provided for general informational/comparison purposes only, and generally do not reflect the deduction of transaction and/or custodial charges, the deduction of an investment management fee, nor the impact of taxes, the incurrence of which would have the effect of decreasing historical performance results.