The Relevance of “Retirement” 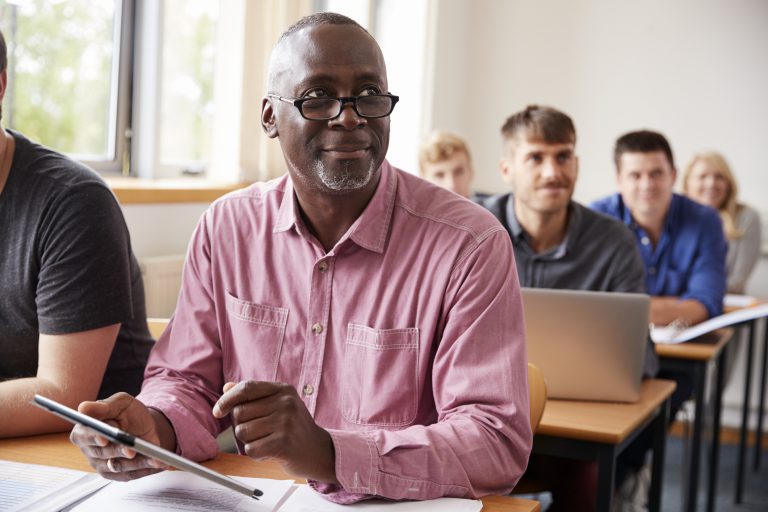 The concept of retirement – as we know it – has been around for more than a century. From early social insurance programs to our modern-day 401(k) plans and IRAs, the premise has been to save for “old age.” These plans anticipate that workers will follow the traditional definition of retirement: ending full-time work somewhere in their mid-60s.

However, new research by Savant Wealth Management and Absolute Engagement shows that a growing number of people have a different vision of what retirement should look like. Many would like to continue working in some capacity – on their own terms – while others would like to retire earlier. Our research indicates that our national sentiment toward retirement is changing, making our traditional retirement process less relevant.

Last spring we asked 750 investors to describe their plans or their hopes for their work in the future. Just over half (54 percent) told us they planned to take a traditional path – working full time in their current role or something new – and then stopping all paid or unpaid work entirely. The other 46 percent said they would take a “glide-path” approach, transitioning either to part-time or volunteer work first before retiring fully.

In particular, women indicated a preference for transitioning to part-time work before full retirement, with 36 percent saying they planned to work part time. But as they move toward traditional retirement age, both women and men tend to be more open to considering part-time work, according to our study.

When discussing the type of full-time work they wanted to pursue until they stop working, respondents were again open to something different. The majority of those who said they planned on continuing the same or similar jobs were interested in trying to work on their terms, or in trying something new. This was especially true among younger respondents.

The research validates what some Savant advisors are already experiencing in their work with clients. Kevin McFadden, CFP®, LUTCF®, says he encourages clients to think less in terms of a “full-stop” retirement and more in terms of becoming financially independent. “I ask clients to think about the age at which they no longer have to save,” he says. “When they meet this goal – at whatever age – they can choose to keep working if they want to, but they don’t have to. For those who associate their identities with their jobs, it may be difficult to let go of work emotionally even if they can afford it financially.”

Phil Corcoran, CFP®, likes to help clients continue to work on their terms. “Even if they have enough to retire, I encourage them to look for opportunities that excite them and allow them to follow their passion. The extra income is a bonus, and many times they continue their work with no desire to stop.”

In our study, at least half of the investors we surveyed said reducing their income was a reason they wouldn’t work less or try something new before retiring completely. For others, it wasn’t about the money. Forty-two percent found the idea of doing something different intimidating, while 28 percent feared losing their health insurance.

Interestingly, men were more likely to fear doing something different, while women were more concerned by the prospect of losing health insurance.

Thinking Outside the Retirement “Box”

While most retirement savings vehicles anticipate that people will leave the workforce somewhere in their low to mid-60s, your advisor can help you envision a different path that incorporates full- or part-time work, volunteering, or a life of leisure. “In my experience working with clients,” says Corcoran, “no one is the same. Know yourself: If you are different, plan on doing something different in retirement and don’t worry about what others are doing.” Corcoran encourages clients not to rely on the textbook definition of retirement to shape what they would like to do. “Every retirement is different,” he says, “so embrace it.”

The Death of Retirement [On-Demand Webinar]

In the U.S., our vision of retirement is evolving. Instead of working to retirement age and stopping, more people are seeking a new and different experience. With all of this talk about the end of retirement, Savant Wealth Management commissioned a study to see what the hard data had to say.
Learn More
September 13, 2021

Benefits of Rolling Over Your 401(K) to an IRA

The Pandemic’s Effect on Plans for Retirement

While COVID-induced layoffs and furloughs accelerated retirement plans for some, Savant wanted to learn more about the pandemic’s effects on retirement plans for high-net-worth investors and whether factors like age or gender made a difference. See what our research found.
Learn More