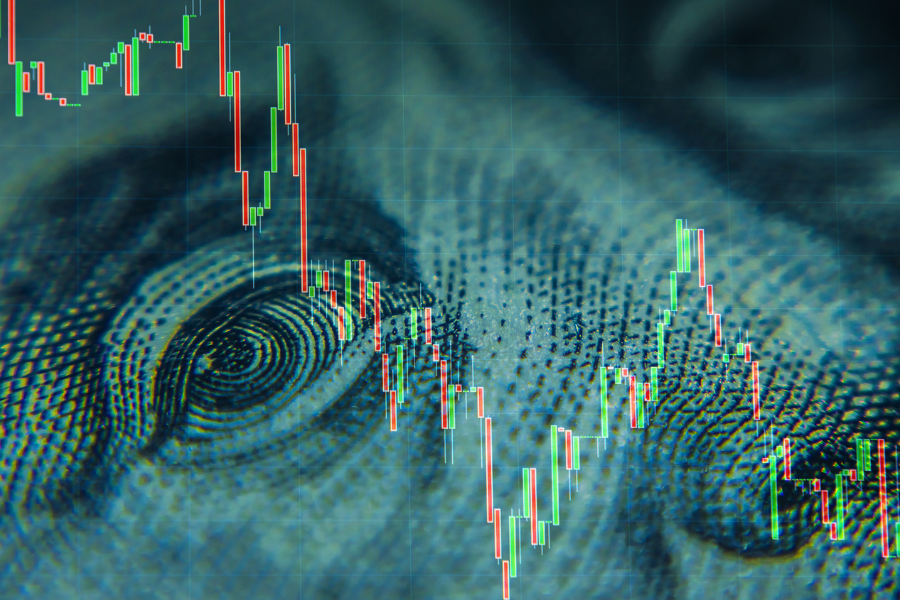 Stan Druckenmiller is widely considered one of the greatest investors and traders ever.

Druckenmiller’s first taste of investing fame came in 1992 when, in partnership with George Soros, the duo “broke the Bank of England,” betting against the British Pound, which netted a payday north of $1 billion.

Druckenmiller’s broader investing track record lacks few, if any, peers. Over a 40-year career, it’s widely reported that he never recorded a down year and had a 30-year stretch where he posted returns of 30%+ annually.

In a recent interview, Druckenmiller shared his perspective on a wide range of topics – inflation, economy, markets, historical periods he traded through – but his conclusion to all of it was the most striking.

“I have more humility about my views today than ever.” – Stan Druckenmiller, Sohn Investing Conference, June 2022

That quote should be anchored in our minds in any conversations about the current environment. It’s confusing out there to say the least.

Inflation at 40-year highs. Stocks in a bear market. Bonds not providing the buffer they had in the past.

Things have gotten so out of whack that people are beginning to wonder if a period of stagflation might set in. The 1970s are often cited as the most obvious example of stagflation, which is an economic environment that combines high inflation, high unemployment, and slow economic growth.

Put simply, it’s the perfect cocktail of “bad” and not fun to live through.

Right now, we have two of those three signals going off – high inflation and slow growth – while unemployment has remained robust.

Real economic growth was actually positive, up 3.4% annually throughout the decade, staging a nice recovery post-recession in 1974.

The summary of the 1970s economic data versus today is outlined below:

Looking at these numbers, the comparison to the 1970s is at least worth a conversation.

There’s nuance associated with any economic data point, so it may be overconfident to say inflation and GDP are obvious warning signs. But if they’re not red lights, we should acknowledge they may be flashing yellow. Unemployment is not a concern right now, but some might say it’s a lagging indicator and that number may rise if inflation and real GDP don’t improve.

The biggest difference in the “then vs. now” is interest rates.

The 10-year Treasury never fell below 5.3% in the 1970s, while the average Treasury yield for the decade was 7.5%. With a current 3.3% Treasury yield, we are still not within shouting distance of the rates observed in the 1970s.

After reviewing all the data, none of it is conclusive. It’s hard to make a definitive statement on the “are we or aren’t we” conversation around stagflation. We certainly can’t push it away, but finding out where inflation, GDP, and unemployment go from here requires a crystal ball.

If you must have an opinion, we recommend holding it loosely.

For example, inflation is high right now, but the evidence is beginning to show that (at the very least) used car and housing prices will create resistance against inflation from climbing higher.

According to the Manheim Index, used car prices are down 6% over the last six months. And Lennar – one of the largest homebuilders in the country – said this in this week’s earnings announcement:

“The weight of a rapid doubling of interest rates over the past six months, together with accelerated price appreciation, began to drive buyers in many markets to pause and reconsider. We began to see these effects after quarter-end.”

Used cars and home prices have been two of the biggest drivers of inflation over the past 18 months. Inflation could creep higher if other categories accelerate, but the point is, it’s going to get harder for inflation to keep climbing.

However, in the chance the 1970s do show up on our doorstep, that doesn’t mean you have to make funeral arrangements for your portfolio. Many asset classes held up well during the ‘70s.

Per Morningstar data, the S&P 500 returned nearly 7% annually for the decade. Value stocks performed even better than the S&P and had one of their best decades ever relative to growth stocks. Commodities returned nearly 20% annually. And housing prices were up mid-single digits for the decade, per Shiller housing data.

Druckenmiller, in the same speech, mentioned that a lot of his business was about guessing and that there are no certainties.

When we contemplate the course the economy will chart from here, we should keep that in mind. There are no certainties, and we should have humility and admit that any views we hold could easily be proven wrong.

As with all economic outcomes, we don’t know if stagflation is going to happen. It seems unlikely – a view that is loosely held – but we should have confidence that any well-structured investment plan is capable of surviving a changing economic regime.