What If I Lost My Investments? 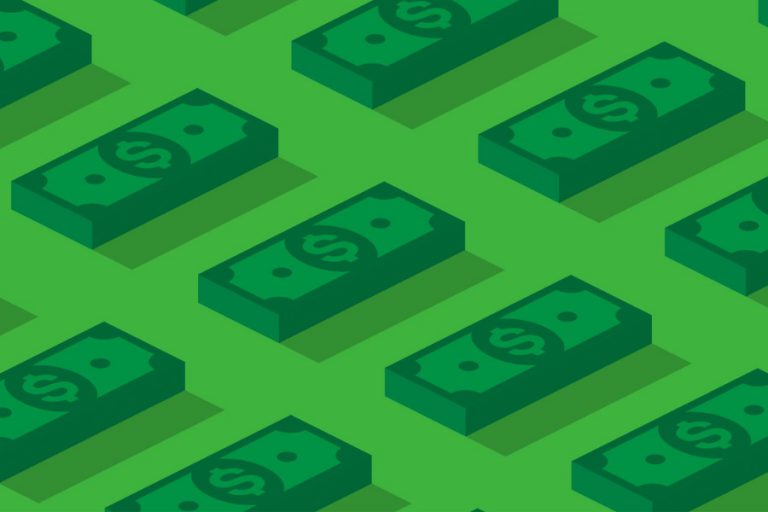 As we face the COVID-19 pandemic, the fear throughout the world is palpable. Many investors are asking themselves the question – What if I lost my investments? In this blog post, Cal Brown addresses the question head-on.

In my 2011 book, When Life Strikes, Section three contained two chapters on the question, “What if I lost my investments?” This was on the heels of not only the global financial crisis, real estate, and mortgage implosion, but also the Bernie Madoff scandal.

Today we face another crisis, an invisible virus named COVID-19. People all over the United States and many foreign countries are quarantined at home. Life is not normal, and our future lifestyles may permanently be affected.

And the stock markets have suffered a serious decline. Eleven years to the month of the bottom of the 2008-2009 bear market, we have another bear market. But this is not a permanent situation.

In my book, I discussed the 1929 stock market crash and the reactions people had. That generation literally stuffed cash—dollar bills—in their mattresses because they didn’t trust banks or the stock market. The result? They missed out on one of the greatest economic recoveries and stock market booms in history after World War II. The stock market actually began rising when the war looked bleak for America, not after the war was won.

The bull market which just ended (beginning on March 9, 2009) was dubbed “the least-loved bull market in history.” Why? Because many had the same reaction as people in the 1930s and kept their money in low-yielding bank accounts. In fact, withdrawals from stock funds exceeded deposits into stock funds for most of the years from 2009-2019. They missed out.

That is a problem, because most Americans no longer have a three-legged stool for retirement, as their parents and grandparents did, they only have a two-legged stool.

In the 1970s and 1980s, financial planners said the three-legged stool for retirement consisted of 1) pensions, 2) Social Security, and 3) personal investments.

Today, most workers do not have pensions (unless they work for the government or a large corporation or union). Thus, they can only rely on Social Security and their savings and investments. And many young people don’t believe that Social Security will be there for them when they retire. That would just leave a one-legged stool: investments (including their 401(k)). In order to be stable, that one leg must be very large!

In my book, I also mentioned the detrimental effect the media was having on people’s emotions. The media loves a crisis, and unfortunately, they fan the fires of fear. “If it bleeds, it leads” is their mantra. This can be detrimental to investment success.

Specifically, Mark Hulbert contrasted mainstream press coverage of the 2008-2009 recession with the news signaling that U.S. Gross Domestic Product (GDP) had reached pre-recession numbers. The increase in GDP was good news. “You’d think that the complete recovery from the worst economic downturn since the Great Depression would be big news. But you’d be wrong,” Hulbert wrote.

Today, despite being stuck at home, for the sake of your investments and your retirement, limit your exposure to the news!

The good news is that Americans are very resilient. Our scientists will find solutions for this virus and treatment for those who have contracted it.

People often ask me why I have been so optimistic about the U.S. economy. In my book, I detailed why, with these four distinctly American qualities:

All sectors of the economy will not just sit there and suffer; rather, each company will respond and react. Some may go out of business, that is true (and that will get major coverage in the media), but most will emerge, and they may come out different, but stronger. In addition, entirely new products, services, and companies will be born.

Just 15 years ago, I doubt that the majority of American businesses would have had the technological capacity to enable employees to tele-work from home, with video, cell phones, and laptops. I know for certain it would not have been possible 30 years ago, because none of that technology existed.

In a bull market, investing seems easy. Especially with the internet and trading platforms which now have zero commissions to buy and sell stocks and ETFs (Exchange Traded Funds).

But in a bear market—when the market declines 20% or more from a recent all-time high—investing decisions become very difficult. Many people panic. They sell indiscriminately, with no regard for tax consequences. And in a large portfolio, capital gains can be significant!

When they sell, now they are faced with another, more difficult decision: when to get back in? But, it is virtually impossible to call a market bottom. Thus, most people who have sold will wait until the market has recovered (whatever that means to them) and they might get back in then. Some will never get back in; they have been permanently, emotionally scared and scarred, just as the Depression generation was.

This is precisely the wrong thing to do. And the data bears this out.

Why? How is this possible?

What does a professional financial advisor do?

For professionals, there is no guessing about what the market is going to do tomorrow, next week, next month or the rest of the year. It is an evidence-based, non-emotional approach to investing that minimizes risk and optimizes returns over time. Fear and greed are not part of the equation.

The perspective is long-term; that is, the market outlook is for the remainder of a person’s life—not the rest of this month or this year.

In his book, Investment Policy, Charles Ellis wrote, “Another all-too-human characteristic of most investors is paying too close attention to the day-to-day—even hour-to-hour—ups and downs of stock prices.” He refers to the ups and downs as “noise or almost random fluctuations.”

One reason that fiduciary financial advisors can add value is that they have witnessed and learned from the mistakes of others.

Another reason is that they are not emotionally involved. Sure, they care what happens to their clients, but their investment decisions are not driven by emotions. Using this same logic, most doctors refuse to operate on their own children. Emotions can skew their decision-making.

The late John Bogle, former chairman of Vanguard Funds, wrote, “Your success in investing will depend in part on your character and guts, and in part on your ability to realize, at the height of ebullience and the depth of despair alike, that this, too, shall pass.”

A person may realize that he or she cannot take an objective look at their current situation because emotions are overwhelming. People may have these regrets:

In a similar vein, let’s talk about how NOT to lose your investments:

The most important judgment call an investor will make is the asset allocation decision.

Most people have heard the term “diversification;” asset allocation is an organized and scientific method of diversifying.

To quote John Bogle again, “The stock market is a device to transfer money from the impatient to the patient.”

Here, in March 2020, has the market bottomed? No one knows. No one can know. The bottom will not look like the bottom because we have had so many “head-fakes” during this downturn, similar to what happened in 2008-2009. Some of the best daily moves in market history occurred during that time. This March, four of the five largest up days ever have happened. We won’t know the market bottom until several months afterwards.

Therefore, rather than trying to pick the bottom, get into or maintain an appropriate asset allocation.

The first two steps form the foundation for your portfolio’s risk versus return characteristics.

Everyone who has investments has an asset allocation. It may have been an unconscious decision, but it was still a decision. Doesn’t it make sense for the decision to be informed and deliberate?

The “Prudent Investor Rule” requires that trustees and fiduciaries diversify investments. Usually, this means that no more than 6% is invested in any one stock or other particular investment.

Using a baseball analogy, it is hitting a lot of singles and moving runners along. It is not trying to hit home runs and striking out a lot.

Even a properly designed portfolio that is globally allocated (stocks, bonds and alternatives from all over the world) can have a negative month, quarter, or year. But the odds of losing everything is practically nil. For that to happen, the entire world would come to an apocalyptic end. There is no portfolio that can be designed to protect against that worst-case scenario.

But if a person thinks rationally about their retirement, and the prospects of living 30 years or so after retirement, a sensible portfolio allocation can be designed to provide cash flow over the duration of retirement, with a high probability of success. And that confidence can eliminate the fear of losing all of their investments.

This is intended for informational purposes only and should not be construed as personalized financial or investment advice. Please consult your financial advisor regarding your unique circumstances.