When In Doubt Zoom Out 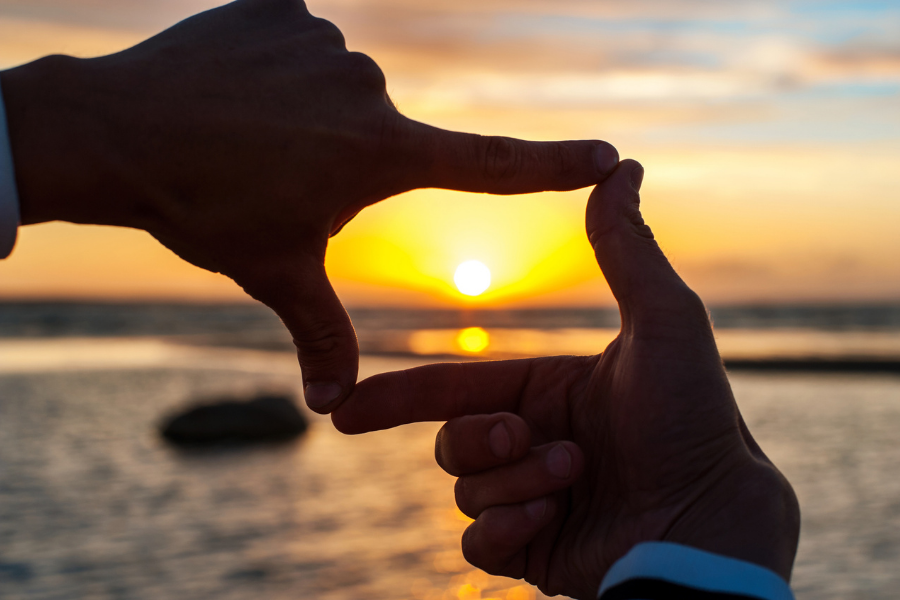 Studying bear markets is much easier than being in them, for the simple fact that past bear markets were somebody else’s problem while the current ones are your problem.

The S&P 500 Index made its last high on January 4th and has since fallen approximately 18% — the index was briefly down more than 20% intra-day last Friday but pulled off a late rally to avoid finishing below that key number.

Dating back to 1945, per LPL research, there have been 17 different bear markets or near bear markets – periods where the S&P 500 has been 20% below a recent high, even if only on an intra-day basis. On average, that shakes out to one bear market every four-and-a-half years.

Counting the current one, this is the third bear market in less than four years.

Last week, Wal-Mart and Target – bellwether retailers with millions of consumer transactions every day – reported their worst earnings reports in years. Wal-Mart stock was down 12%, its worse decline in many years, while Target stock was down 25%, its worst single-day decline since Black Monday (October 1987).

The last four months have felt like drunken volatility in markets. The Volatility Index (VIX) is up 71% since the start of the year, and while it fluctuates rapidly, the VIX has been elevated by 50% on average throughout the year.

People often joke, that during bear markets, we see a “bull market” in Warren Buffett’s quotes about “buying when there’s blood in the streets” and “being greedy when others are fearful.”

To be clear, those quotes have held remarkably true over time, but candidly, it’s easier to say those things than to put them into practice. Every bear market is unique and usually tied together with a specific event that causes markets to fall. Pandemics, terrorist attacks, industry-specific issues (1980s – savings and loan crisis, early 2000s – tech crash, late 2000s – financial crisis) have all been culprits in the past, among others.

The current moment is dominated by inflation and whether it has the potential to tip the economy into a recession. Layoffs, hiring freezes, and slowdowns have been observed in many different industries over the past few weeks. In this environment, people become less concerned about “buying the dip” and more concerned about job security and increasing their savings rate, which is understandable.

Even in the event you’re not willing to “buy when there’s blood in the streets” we believe it likely doesn’t make sense to sell stocks during bear markets either. As the chart below shows, stocks tend to do well after they enter bear-market territory.

One year after a bear market starts, the median gain was nearly 24% and stocks were only lower three times, with each of those periods defined by significant recessions – 1973, 2001, and 2008.

Put simply, this data shows that periods of lower stock prices tend to set up the next period of higher stock prices. The important thing to call attention to is this: how investors act during these bumpy periods is extremely indicative of their ultimate investing results. The real test isn’t the buying and holding, but rather, the ability to sit through periods where markets are going in the wrong direction.

One simple heuristic is When in Doubt Zoom Out.

The chart above shows the S&P 500 dating back to 1950. With enough time, bear markets of the past are barely even recognizable. In 1974, the S&P 500 was down roughly 50% from its high – it would now require the world’s best microscope to make out that decline; it’s hardly even a blip on the chart.

Obviously, the majority of investors from 1974 are not the same investors in the market today – hardly anybody saw all those gains. People have lives to live and expenses to pay for – nobody invests all their money forever.

But history has proven that markets are resilient and have historically rebounded to new highs, given time. We don’t know when it will happen this time, but we think it seems foolish to think the streak ends here.

Savant Wealth Management (“Savant”) is an SEC registered investment adviser headquartered in Rockford, Illinois. Past performance may not be indicative of future results. Different types of investments involve varying degrees of risk. Therefore, it should not be assumed that future performance of any specific investment or investment strategy, including the investments and/or investment strategies recommended and/or undertaken by Savant, or any non-investment related services, will be profitable, equal any historical performance levels, be suitable for your portfolio or individual situation, or prove successful. Past performance may not be indicative of future results. You should not assume that any discussion or information contained in this document serves as the receipt of, or as a substitute for, personalized investment advice from Savant. Please see our Important Disclosures.