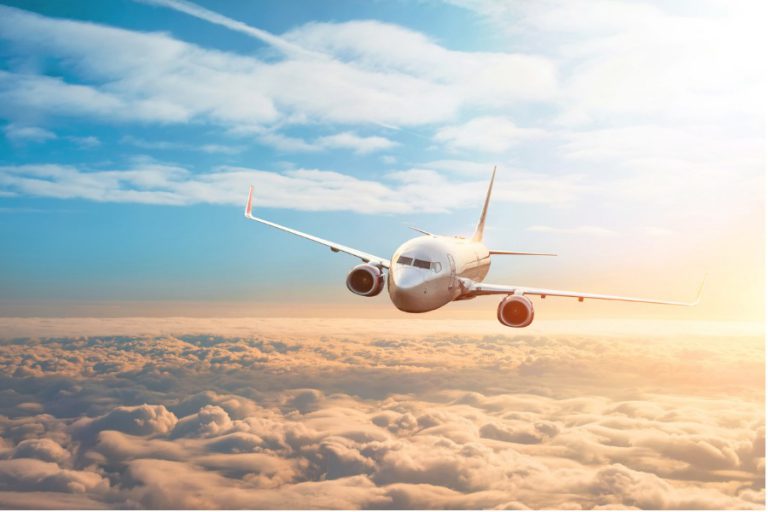 Yes, the ride is bumpy and we’re experiencing turbulence. But fasten your seatbelt and trust your pilot. If your flight plan is solid, you’ll still arrive safely at your destination. Chief Strategy and Innovation Officer Rob Morrison shares lessons we can learn from recent adversity.

It’s been a bumpy ride for all of us on virtually every front over the last month and there are admittedly no easy or quick solutions to this crisis. Now more than ever, the importance of perspective comes into play when handling adversity. Although we don’t often recognize it, the lessons are all around us.

I walked through this analogy with a client and it seemed to resonate with her, so I thought I’d share it.

Every flight you’ve ever taken – from a pilot flying solo to a jumbo jet full of passengers – is required to file a flight plan before takeoff. This plan indicates the pilot’s destination and predetermined route to get from point A to point B. I’ve been told before: if you asked a group of pilots what percentage of the time they were exactly on their flight plan, their answer would probably be less than three percent of the time. Most of us probably expect and hope that the percentage were higher, especially before boarding. And yet, despite being “off course” by some measure for a vast majority of our journey, we continue to arrive at our intended destination.

At any given time on any flight, the pilot navigates changing wind conditions, unexpected weather, air traffic and other circumstances in order to safely guide the plane to its final destination. It happens constantly and without our observation most of the time. Occasionally the plane may be off course in one direction, at other times air control may direct pilots to fly around weather or another aircraft. It’s a constant process of small adjustments to stay on the correct general path and get where we’re going. Even significant deviations or delays usually don’t impede us from getting to point B.

The same can be said of portfolios and financial plans. During times of turbulence and bad weather, investors are inclined to think that all is lost, their plan won’t work, or they can’t achieve their goals. The reality is that it’s a journey with many variations – just like a flight from New York to L.A.  In any given year we may be above or below our original expectations – but we tend to revert towards the mean over longer time periods. For instance, 2019 produced returns that were higher than most expected while year-to-date 2020 looks like a disappointment so far (although we’re a long way from the finish and no one knows).

Trending Toward the Mean

I’ve seen this directly in my practice with clients over the years. Even in the wake of particularly disappointing stretches like 2000-02 or 2008, when we look back at projections five to seven years later, they tend to be on track for what had been projected despite having been what appeared to be dramatically off course at any one moment in the past.

Just like many of those flights you’ve been on, it’s also very possible (even likely) to make up time on the way and still get to the gate “on-time.”  As it relates to your portfolio, many forecasters and asset managers have recently raised asset return expectations for the next few years going forward, i.e. mean reversion.

Have a Safe Flight – Stick to the Plan

I encourage you to review your plans and goals in a few weeks as the situation becomes more clear. It’s always good to reassess and see if there are practical course adjustments that would keep you on track and potentially benefit your plan. In the meantime, don’t overreact to the turbulence. If you previously took the time to develop a thoughtful, well-constructed plan – trust it. While no one specifically predicted this pandemic or its potential economic impacts, these kinds of scenarios are a core part of solid planning.

Delays, uncertainty, turbulence – it’s all part of the process. I heard a comedian say that we’ve grown so accustomed to modern technology that we’re spoiled and no longer appreciate it. In the old days,  on a journey by covered wagon from New York to L.A., it took so long that you’d arrive with a different group of people than you set out with (some die, others are born). I suspect we will all appreciate our freedoms much more in the months to come. In the meantime, don’t bear down too hard on that armrest, there is a plan and we’ll make it to the destination safely.