“Steve,” the owner/founder of a small manufacturing company in the Midwest, was pleased at the high returns he was seeing in his portfolio. To Steve and his wife, Dana, planning for the future was a high priority. They were looking forward to retiring early and had directed their advisor to invest aggressively so they could reach their goal of living comfortably in retirement. Steve received an unwelcome surprise when he visited his tax preparer, Frank, to pick up his completed return. “I have some bad news,” said Frank. “Unfortunately, you owe $125,000 in federal income tax this year.”

Steve couldn’t believe his ears. “What do you mean?” he asked, incredulously. “How can that be possible?”

Frank brought Steve into his office and shut the door. As the two sat down, Frank said, “I know this must be a shock to you, but I double-checked the numbers with my team, and the calculations are correct. Your tax bill is high because your advisor bought and sold a lot of stocks in your portfolio last year.”

“Yes, that’s true,” said Steve. “Our advisor has been actively managing our portfolio to maximize our returns. We want to retire early, so we need to make as much as possible over the next 10 years to achieve our goal. Our portfolio has been doing really well, but a high tax bill like this wipes out a lot of our gains,” he added with a sigh.

Frank nodded. “I understand. Let me show you how those high returns led to such a high tax bill,” he said.

Frank explained that because Steve and Dana had kept many of their stocks for less than a year, they had realized short-term capital gains, which are taxed as ordinary income. If their advisor had held onto those stocks for longer than a year, Frank added, those gains would have been taxed at a lower rate. In addition, Frank told Steve that some of his other short-term investments hadn’t stayed in his portfolio long enough to be considered qualified dividend income, which meant the dividends were also taxed at a higher rate.

“While high returns may seem important,” Frank concluded, “it’s also important to consider the impact of taxes on those returns. Some advisors don’t want to be responsible for making tax decisions on their clients’ behalf, but a strategic advisor – one who works in your best interests – can help determine the most efficient way to invest, by understanding the nature of the investment, how any income you receive from it will be taxed, and whether that investment should be held in a taxable or tax-deferred account. Instead of just seeking high returns, you might consider working with an advisor who will implement an allocation strategy to increase your tax efficiency. That way, I won’t have to be the bearer of bad news at tax time.”

As Steve left Frank’s office that day, he considered what he had learned. “I thought we were doing well by maximizing the return on our investments,” he said to himself. “But investing wisely is not just about the money. It’s more about how much we can keep after taxes.”

Every person’s tax situation is different, as are the reasons some pay more in taxes than others. In Steve’s case, he learned that he should have been talking with his financial advisor about the impact of taxes on his investment strategy, as well as ways to structure some of his investments to keep them from being taxed as ordinary income.

If tax-efficient investing is important to you, contact Savant Wealth Management to learn how we can develop a personalized tax strategy that reflects your long-term goals.

This hypothetical scenario is intended for illustrative purposes only.

“While high returns may seem important, it’s also important to consider the impact of taxes on those returns.”

“Instead of just seeking high returns, you might consider working with an advisor who will implement an allocation strategy to increase your tax efficiency.” 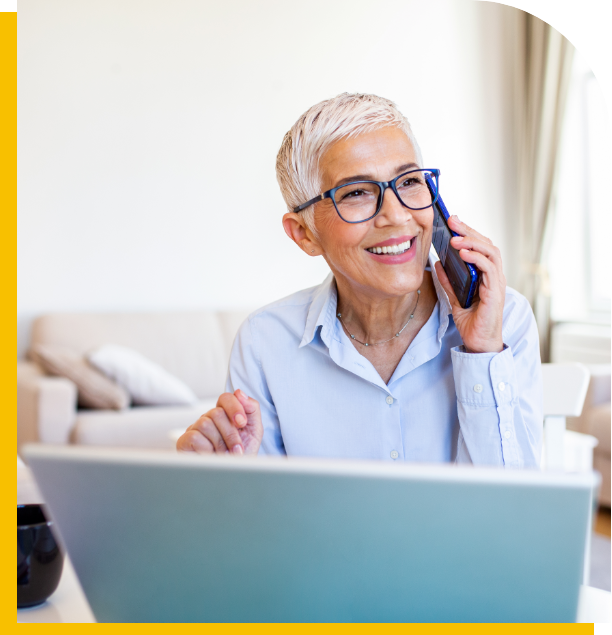 Let Us Guide You

Using our financial planning assessment tools coupled with the wisdom gained from many years of experience, we help diagnose and prescribe the right solutions for clients.