Should Caesar Have Paid the Centurions in Bitcoin? 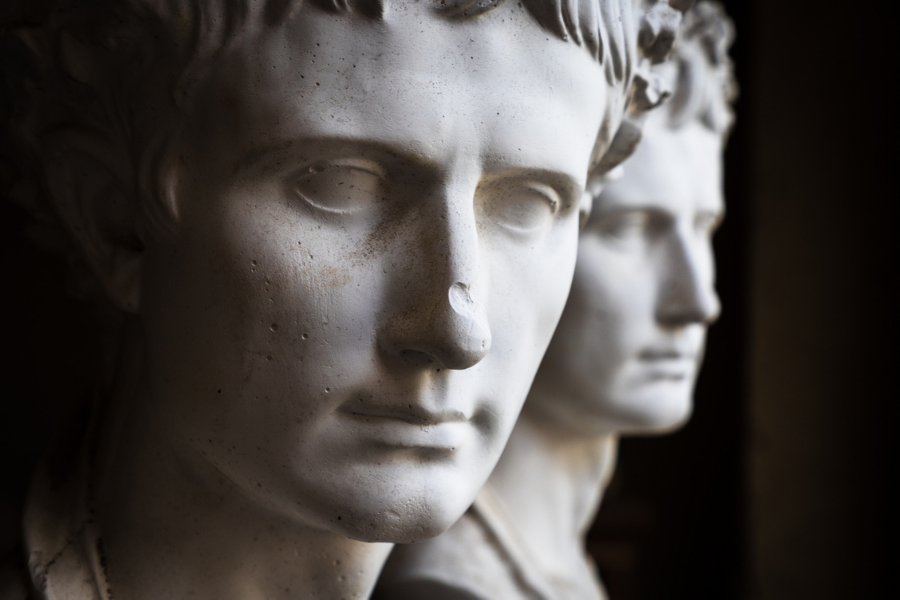 Alea iacta est. In English, this Latin phrase translates to, “The die is cast.”

Similar to the Roman Empire, pundits have implied that the sun never sets on the Fed’s monetary empire. As the Fed has flexed its monetary muscle, the government’s fiscal money printer has been humming a constant, “Brrrr.” The combination has some investors believing the die has been cast with regards to the potential for higher inflation. Those thinking about inflation often offer two popular solutions: gold and Bitcoin. While buzzwords like inflation, gold, and Bitcoin draw attention, markets do not appear overly concerned about inflation. And even if inflation rears its ugly head, do gold and Bitcoin actually represent hedges against the risk?

Inflation is a lot like politics. Everyone has an opinion about it, but no one really wants to talk about it. In April, the broad measure of U.S. inflation (CPI) came in at +4.2% relative to the year prior. In May, year-over-year numbers came in even stronger at +4.9%, stoking the fears that inflation may be here to stay. Two data points do not make a story, but hundreds of billions of dollars do – which is exactly who is voting in Exhibit 1.

The breakeven inflation rate is calculated by comparing two instruments from the ultra-liquid Treasuries market. While the primary intent may not be a direct bet on or against inflation when buying or selling Treasuries or TIPS (Treasury Inflation-Protected Securities), this is where investors come to put their money where their mouth is. And when it comes to their money, investors are telling us that inflation over the next 10 years will probably look similar to the last 20. Through this measure, the market is currently projecting 2.3% annualized inflation over the next 10 years. Still, others have been quick to point out the rapid escalation in inflation expectations on the exit from the COVID-19 crash. However, a quick look back to 2009 highlights that it is common for inflation expectations to plummet amid a recession only to jump back to life as doom and gloom fades to the background with economic growth returning. While inflation has become a hot topic, markets don’t appear to buy that story.

But Just in Case … Gold?

Over the very long run, that may just be the case! Claude Erb and Campbell Harvey conducted research on gold and compared the salaries (in U.S. Dollars) of two classes of Roman soldiers to those of today’s similarly prolific U.S. Army. Incredibly, gold was an almost perfect hedge for the cost of employing a military thousands of years apart. If your portfolio’s main objective is to maintain the purchasing power to employ the most powerful military on the planet in the year 4021, consider the case closed. But if you think of your time horizon more on the scale of decades rather than centuries or millennia, keep reading.

In fact, Exhibit 3 highlights that since 1968, gold has been essentially uncorrelated (+0.12) to inflation on a month-to-month basis. That is, if you tell us inflation was up, we don’t know whether gold prices went up or down that month. To represent a proper hedge, investors want confidence that rising inflation would happen at the same time as rising gold prices, but that does not appear to be the case.

Perhaps more important to the average long-term investor, Exhibit 4 showcases that over the long run they would have been much better off investing in a simple 60/40 portfolio relative to gold.

Source: FRED, Morningstar Direct. Basic 60-40: 60% S&P 500 TR, 40% BbgBarc US Agg Bond TR. Data from 12/1975-5/2021. Hypothetical performance results for investment indices have been provided for general informational /comparison purposes only, and do not reflect the deduction of transaction and/or custodial charges, the deduction of an investment management fee, nor the impact of taxes.

For almost 30 years, investing in gold would have left the investor worse off relative to inflation. Furthermore, gold was almost twice as volatile as the Basic 60/40 portfolio, which has a standard deviation of 18.8% over the period examined above. While prices fluctuate year to year and stocks are not renowned for their inflation hedging ability, when building a retirement plan, we believe growing your portfolio’s real value through retirement exceeds the need for an inflation hedge that may not be a great hedge after all.

For those who have been under a rock the past five years (perhaps looking for gold), Bitcoin is a digital currency based on a distributed ledger, or blockchain, technology. In contrast to the money printers at central banks and governments around the globe, Bitcoin’s source code only allows for 21 million coins to ever be mined – or put into circulation. In theory, proponents of the cryptocurrency claim this feature should protect holders of bitcoin from the deterioration in value that fiat currency holders experience in times of high inflation. At times, this claim has also led to rampant speculation as investors and traders attempt to find the true, intrinsic value of Bitcoin.

Exhibit 5 highlights that Bitcoin may be digital gold, but not in the way that many highlight. Like gold, Bitcoin has had a very low correlation (+0.12) to inflation on a month-to-month basis. Admittedly with Bitcoin, and all other cryptocurrencies, we do not have as much historical evidence as we might like. But the evidence we do have does not suggest that an uptick in inflation over the next few months should be expected to be countered by strong returns to Bitcoin.

Unlike gold, Bitcoin has provided relatively poor crash protection to date. During the 10 worst months for global stocks since July 2014 (the start of our Bitcoin data), stocks have fallen an average of 6.8% in these bad months. Bitcoin has lost value during seven of out these 10 months. Worse yet, excluding one clear outlier month, Bitcoin’s average return in these months was -7.8% — a full percentage point worse than stocks. It’s possible that Bitcoin and other cryptocurrencies react differently to bad months for stocks as they continue to mature, but to date they retain the profile of a speculative asset.

If he had the option, should Caesar have paid the Centurions in Bitcoin?

If you have a few millennia to wait, we may be able to compare the ultra-long-term inflation hedging properties of Bitcoin to gold. On time horizons more relevant to today’s investors, they do appear to react similarly to inflation. But contrary to popular belief, neither gold nor Bitcoin have proven to be strong short- to intermediate-term inflation hedges based on the evidence available. Seeing this data, Caesar may have said, “Et tu, Bitcoin?”

While still in its youth, the jury is still out on Bitcoin and other cryptocurrencies. The underlying distributed ledger technology has the potential to revolutionize the way supply chains are managed, art is distributed, and how the finance industry transacts, to name a few potential impacts. But at this stage, cryptocurrencies still represent risky assets that often struggle at the same time as stocks. While gold does help to manage crisis risk, investors must be wary of the opportunity cost relative to a hypothetical basic index portfolio that delivered almost seven times the growth gold would have over the past 45 years. As investors weigh the evidence on the potential for inflation, it is important to understand their time horizon, as in many cases it appears a diversified portfolio may fit the bill so long as the focus is the next 40 years and not the next 2,000.

Eamon specializes in asset allocation, fund manager research, and portfolio construction, as well as supporting the Corporate Development Team through financial modeling and assisting the Executive Team with data analysis for strategic initiatives.