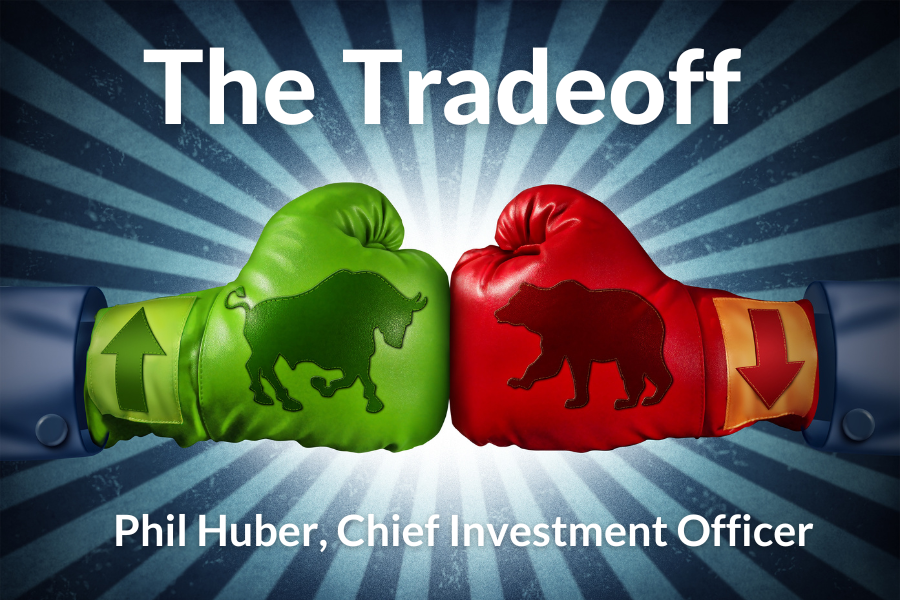 Yields have been paltry by historical standards in the epoch following the Global Financial Crisis, but bonds were nothing if not dependable! Besides a few brief bouts of interest rate volatility in that decade-plus period, bonds provided stability – and reliability – as a countervailing force against the equity risk that dominated many investors’ portfolios.

Besides, if not bonds, where else were investors supposed to go for diversification?

While fixed income didn’t offer much for us to write home about from a return perspective, the one thing it still had going is that it didn’t surprise us. At least not yet.

Enter 2022– the year that shattered many of our previously held assumptions about the role of bonds as the Swiss Army knife of a diversified portfolio that could offer decent returns relative to cash, meaningful diversification when stocks are doing poorly, and a general source of stability and low volatility.

This first half of the year flipped each of those notions on their heads. Let’s start with returns and volatility.

There used to be a Wall Street aphorism that “a bad day for stocks is a bad year for bonds.” Tell that to the first six months of 2022.

No matter the bond sector, prices went down as yields went up in splendid and swift fashion. In some categories, double-digit losses – almost unheard of in core fixed income – were visible on second-quarter statements. Income-seeking investors had nowhere to hide.

These short-term losses would have been easier to digest had stocks been going up and to the right, to offset them. But instead, equities concurrently entered a bear market – exactly the type of scenario where we would normally count on bonds to pick up some of the slack.

This is what has left bond investors the most frazzled – a seeming disruption of the natural symbiosis of asset allocation.

Which brings us to the assumed diversification and correlation benefits of bonds as a ballast to stocks.

For investors whose experience is confined to the last 30 or so years – i.e., most investors – bonds and stocks have enjoyed a modest negative correlation to one another. In other words, one has tended to zig while the other zags, and vice versa. The chart below from AQR demonstrates this relationship by plotting the rolling 10-year correlation of U.S. Equities and U.S. Treasuries going all the way back to 1900.

As we can see from the above, the last 20-30 years have been more the exception than the rule – historically stocks and bonds have had a modest positive correlation to one another.

Speaking of rules, there are no ironclad laws when it comes to investing. While there are certainly tendencies that usually persist over time, this is not physics.

Longer history, and the current environment, remind us that one particular variable can flip the correlation of stocks and bonds from negative to positive: inflation.

It is the Kryptonite that can disrupt the otherwise stable relationship between stocks and bonds. It’s been with us longer than anticipated. The question now is how long it sticks around.

So where does one go from here?

The easy thing to do at this point is run away from bonds. But to borrow a line from Research Affiliates founder Rob Arnott, “in investing, what is comfortable is rarely profitable.”

If we take a closer look, several things give us optimism that the worst is likely behind us. Simply put, bonds might finally behave like bonds again.

Despite the eye-popping CPI numbers in recent months, the market doesn’t seem too concerned with longer-term inflation. The 5- and 10-year expectations implied by TIPS/Treasury Breakeven Rates have come down dramatically from their highs earlier in the year and are now closer to the Fed’s 2% target.

Consumer expectations of inflation are also showing signs of moderation, as evidenced by the July slowdown in the Federal Reserve Bank of New York’s Survey of Consumer Expectations. This is important as there is a huge psychological and behavioral component to inflation. If expectations become untethered, persistent inflation can become a self-fulfilling prophecy.

And wouldn’t you know it, the latest CPI numbers came in better than expected, with prices rising 8.5% year-over-year in July versus expectations of 8.7%. The CPI was flat month-over-month, after rising 1.2% in the prior month.

Prices still have a long way to go before reverting to a more “normal” rate of inflation, but a step in the right direction is just that.

Fixed Income 101 tells us that bond prices fall as yields rise. So, it’s natural to wonder why you should bother with bonds while the Fed is still projecting further rate increases.

Unfortunately, reality is not that cut-and-dried.

While the Fed controls the front end of the yield curve via the Federal Funds Rate, longer-term interest rates are driven by a host of other variables (economic growth, inflation, capital flows, etc.) and are forward-looking in nature. This means that current expectations around the path of future rate hikes/cuts are already embedded in market prices.

And right now, the market is telling us it expects the Fed to cut rates (a positive for bonds) sometime in 2023, with recession risks looming.

And there’s one thing we know for sure about bonds – as much as they hate inflation, they LOVE recessions.

The below chart shows the historical Sharpe Ratio (a measure of risk-adjusted returns) for both U.S. stocks and bonds across four different macroeconomic environments – Growth Up/Down and Inflation Up/Down. What you can take away is that Growth Down and/or Inflation Down give bonds the best odds of resuming their role as a diversifier to stocks.

And while we can only pinpoint the timing, duration, and magnitude of a recession with the benefit of hindsight, we know that recession risks are more elevated today than they were twelve months ago. Some would argue that we’re in one already.

Whether you do or don’t believe we’re in a recession, there’s data to prove your point. Regardless, as the baton of worries gets handed from inflation to an economic slowdown, bonds once again have an opportunity to demonstrate their worth via price appreciation potential should the you-know-what hit the fan.

It may be premature, as one month does not make a trend, but the last 30 days have seen meaningful price gains across the spectrum of bond categories despite the Fed continuing to raise short-term rates.

The long-term expected returns for bonds are almost entirely driven by their starting yield. The visual below from Vanguard does an excellent job depicting just how much of bonds’ total return is driven by income versus price.

And a silver lining of this challenging year is that the income stream going forward is materially higher than it was at the onset of 2022. The table below highlights the yields on 10-year government bonds in the largest developed markets across the globe as of July 31, 2022. For reference, it also displays where those yields were at the end of last year as well as their respective 2022 highs. While yields have come in a bit from the highs earlier in the year, they are still materially higher than the dismal levels we started the year with.

And that’s just government bonds, which are free from credit risk. If we look across the credit spectrum, we see even greater improvement in yields due to spread widening in most of the credit-sensitive corners of the bond market.

All of this bodes well for bond investors with a long enough time horizon.

Predicting interest rate movements is a notoriously fickle exercise. Look no further than the abysmal track record of professional forecasters referenced below.

At the risk of beating a dead horse, the recent returns of bonds have been terrible. So terrible, in fact, that the first half of the year dragged the 3-year rolling return for bonds to its worst level of all time. It’s only the 9th time in history that bonds have had a negative 3-year return. The glass-half-full perspective here is that each of those other negative 3-year periods for bonds saw meaningfully positive annualized returns in the subsequent 3-year period.

This year has reminded us that fixed income doesn’t offer diversification all the time. But that doesn’t mean it won’t continue to provide benefits over time.

Not every investor needs bonds. But for those who are seeking balance and risk management across a range of potential economic and market outcomes, a diversified portfolio is incomplete without them.

Bonds may not be your best buddy again, but they’re no longer persona non grata either.

This is intended for educational purposes only and should not be construed as personalized investment advice. Past performance is no guarantee of future results. Please consult your investment professional regarding your unique situation.