Diversification Keeps You in the Game 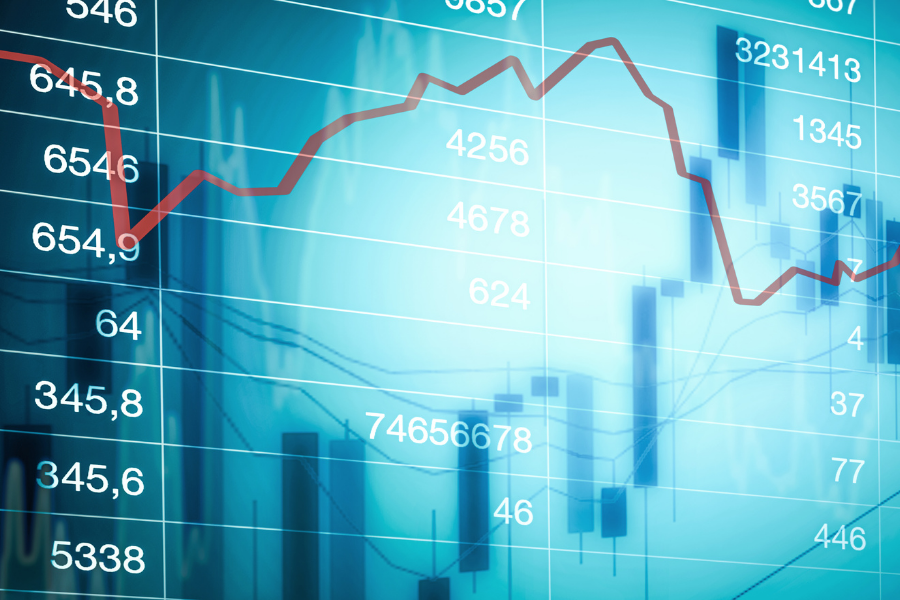 The main culprits of the sell-off appear to be some combination of inflation, high starting valuations, and the Federal Reserve, among other things.

However, this is not unfamiliar territory. In fact, far from it. Since 1980, the average S&P 500 intra-year drawdown has been 14%.

Source: LPL Research, FactSet 04/26/2022 (1980 – Current) It is not possible to invest directly in an index. Past performance is no guarantee of future results.

Since 1980, the S&P 500 has been down double digits from its peak on 21 occasions; 12 of those years saw significant rallies and finished the year with positive returns.

Under the hood, things are much worse. Many of the market juggernauts have seen steeper declines – Apple, Google, Facebook, and Microsoft are all down more than the S&P 500.

Cumulatively, those four companies have lost $1.7 trillion in market cap since the start of the year.

Additionally, some of the companies that became “pandemic darlings” have entered generational bear markets, down anywhere from 70-90% from all-time highs.

This serves as a good reminder that, eventually, prices matter. At its peak, Zoom Video was trading at a price-to-sales ratio of 124 to 1. For every $1 in sales, investors were paying 124 times – a valuation that would only make sense if every interaction for the rest of time was done via video.

Of course, that’s easier said with the benefit of hindsight – 2020 was a different time. But today, Zoom is trading at 7 times sales, a 94% haircut in valuation.

The areas of the market that are holding up the S&P 500 (i.e., outperforming) previously received no attention. Energy stocks are up 35% this year, utilities up 3%, and consumer staples up 2%.

One of the odd truths of the past few years was that bad behavior (in investing) had been rewarded.

Day trading tends to be a losing proposition over time, but there were periods where it led to easy profits over the past 18 months. Investing in a single sector of the market has been a bad idea historically, but owning only technology had looked smart. Avoiding global stocks and only investing in the United States has also been a winning trade.

As we look at markets falling, it’s easy to fall into the trap that things look bleak and portfolio changes are necessary to get through it. The reality is investing is hard – particularly the “sitting still” aspect of investing.

We know markets work over time – you can see one of the best illustrations of long-term investing below.

On any single day, it’s basically a coin flip whether the market will be up or down. But the further you extend the time horizon the better your chances become. The stock market is only a casino if you allow it to be. And diversification is a great tool to help you stay invested to reap the benefits.

There’s always the temptation to take what is happening right now and believe it will extend deep into the future. It’s often easier to be a pessimist than an optimist. The pessimistic could tell you:

And for all these reasons you should get out of the market and wait for the coast to clear.

But you should also consider the counterpoints:

Looking ahead, the range of possible outcomes feels especially wide, but there are many scenarios where markets could react positively. Given that many of the sentiment indicators look like they went ten rounds with Mike Tyson, it shouldn’t take much positive news (or even news that is less “bad”) to potentially stir up a rally.

We can’t predict the future but we know panic is not an investment strategy; neither is “get me out” nor “get me in.”

Luckily, if you’re diversified, you don’t need to predict the future.