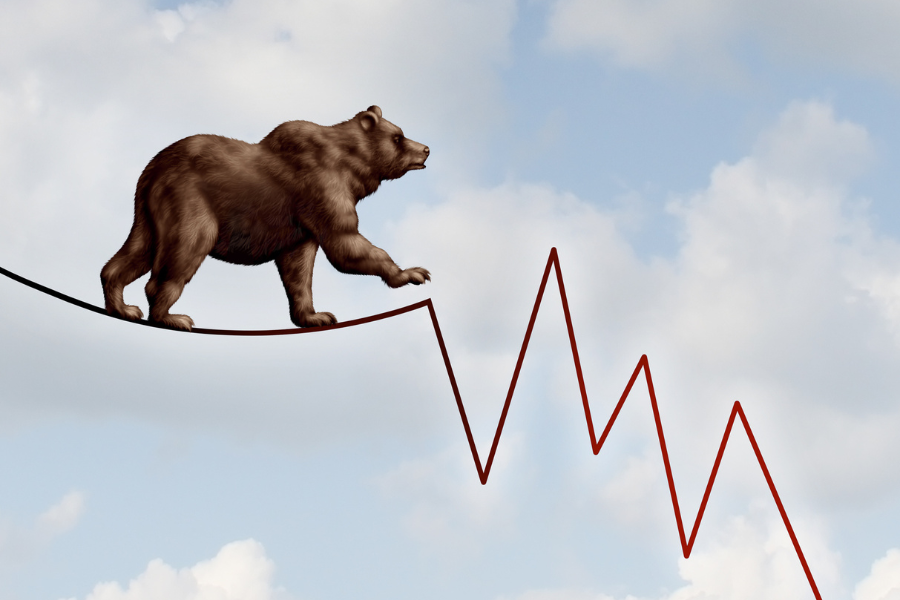 Reminiscences of a Stock Operator is a book that chronicles the life and stock market observations of Jesse Livermore, a legendary trader who operated in the early part of the 20th century.

Before the concept of “behavioral finance” came into existence, the book reflects on stock market activity and individual psychology combining to create an endless stream of investing mistakes and how to learn from bad experiences.

In the book, there’s a guy named “Old Turkey” who’s an operator on the New York Stock Exchange floor. Other floor traders liked to approach him seeking pearls of wisdom.

How do we trade this market? What stocks are hot? Can the economy hold up?

Old Turkey’s famous response was, “Well, this is a bull market, you know.”

That quote was cited often for much of the last decade as stocks were going up. Bill Miller referenced the line in a 2017 meeting with investors:

“At a recent investor dinner, I was asked for some macro comments and thoughts on the market. What is expected, of course, is an economic outlook replete with expected GDP growth rates, the outlook for earnings, interest rates, inflation, Fed policy, global forces that may impact the U.S. market, followed by what that means for the stock market. Rather than go through that drill, I just quoted the line from Old Turkey.”

Today, the opposite seems true. We remain in a bear market that started in January. You don’t have to squint to see the direction of the market this year.

On Friday, FedEx shed 21% of its market cap after pre-announcing quarterly results. It was the worst single day decline in their stock price since going public in 1978, certainly an ominous sign.

One caveat to the FedEx results would be they appointed a new CEO in June. It’s not uncommon for a new CEO to untether themselves from long-term plans and expectations that were created by a previous management team.

But FedEx wasn’t the only bad news last week.

On Tuesday, we got another bad inflation report. Headline inflation fell from 8.5% in July to 8.3% in August, mostly due to falling oil prices, which was conceivably good news.

However, core inflation (which excludes oil and food prices) shot up from 5.9% in July to 6.3% in August. This was the highest reading for core inflation since March.

The market got an upset stomach after the report and the S&P 500 fell 4.3%. In a year filled with nasty trading days, Tuesday took the crown for worst of the year.

This week, the Fed gets its turn to make a splash. They hiked interest rates 75 basis points at Wednesday’s meeting, which was not a surprise. The futures market had been pricing this result in for nearly two months.

Things could change but right now but that appears to be what will play out.

This cycle has no obvious expiration date. As we’ve covered previously, the average bear market typically lasts 11 months. We’re nine months into this bear market; history indicates we’re closer to the end than the beginning.

For investors, patience, endurance, and keeping a cool head are the only way through. They won’t write a business school case study about that advice, but it’ll get the job done.

We belive the ability to maintain “staying power” in markets can be worth its weight in gold over time. A famous example is Rick Guerin. Most people are familiar with Berkshire Hathaway and the partnership between Warren Buffet and Charlie Munger, but the duo used to be a trio.

In the 1970s Buffett and Munger had another partner named Rick Guerin.

About a decade ago, a hedge fund manager named Mohnish Pabrai had lunch with Buffett and asked him what happened to Rick. Buffett told the story: Rick invested on margin because he was so bullish on Berkshire Hathaway stock. During the bear market of the 1970s, Rick got flushed out. He couldn’t pay his margin debt and was forced to sell his Berkshire shares back to Buffett at $40 a share.

Making good investment decisions is only part of the battle; every investor must be able to survive bear markets. You don’t have to like them, but you must be able to tolerate them. For most of the population, they can’t be side stepped, traded through, or perfectly hedged against.

Jesse Livermore used to mention the stock market follows “the path of least resistance.” Since January, that path has been lower, and it may remain so.

It’s a bear market, you know.