All in the Family: Wise Counsel from Dave and Phil Huber 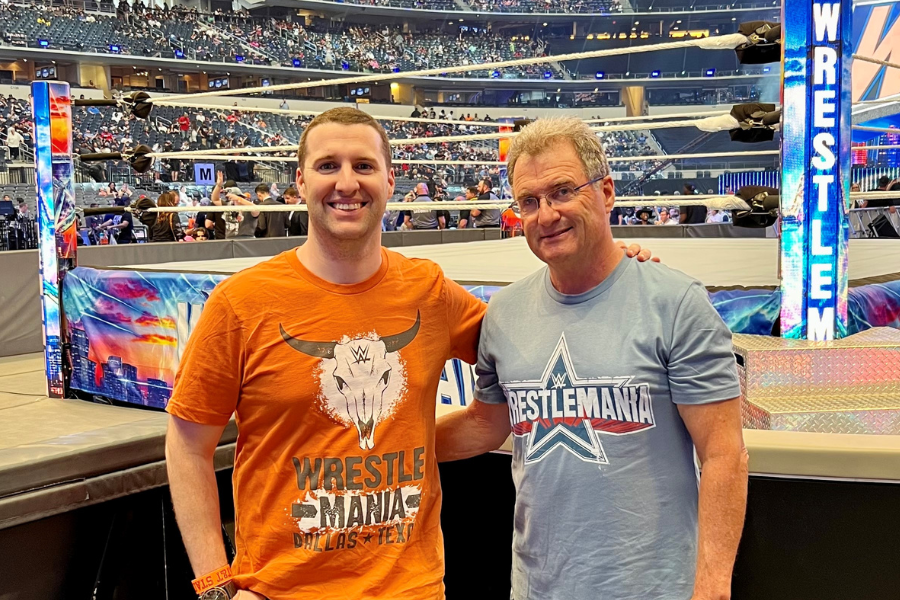 If you ask Phil Huber what money lessons he learned from his dad, he struggles to come up with a specific memory. That’s because he learned a lot just by observing his dad at work. “In high school, I did some odd jobs at my dad’s office, and that’s when I really began to understand what a financial advisor does,” says Phil. “Later, when I was in college, I became Huber Financial’s first intern. Then I began to see what it’s like to work with clients and it all sort of crystallized for me.”

“It was always a hope of mine that at least one of my kids would go into business with me,” says Dave Huber, who founded Huber Financial Advisors in 1988 and served as its CEO until the firm became a part of Savant in 2020. “I mean, it can be difficult because everybody has their own interests, but from early on, Phil had an aptitude for numbers and an interest in business and finance, so I pretty much figured he’d be the one.”

Growing up, Phil says Dave would help him with the occasional business-related school project, but any money lessons were informal. “It’s not like we watched the stock market together or anything, but I think I was able to avoid a lot of mistakes other investors make early in their lifetimes because of what I knew from my dad,” says Phil. “Things like long-term orientation and diversification were just instilled in me from early on,” he adds, “so I didn’t get caught up trying to time the market or trying to become the next Warren Buffett. I bypassed a lot of that behavior and felt like I didn’t have to pay the markets’ ‘tuition.’”

In fact, Phil earned a bachelor’s degree in finance from the Kelley School of Business at Indiana University and then embarked on his first job. “One of the first things I told Phil was that when he graduated, I wouldn’t hire him right away,” says Dave. “He actually wound up working for a mutual fund company first. My money lesson for his first job was telling him to max out his 401(k) plan.” But after a year, Dave offered his son a job at Huber. “His first question was, ‘How much are you going to pay me?’” Dave recalls. “I asked him what he had been making, and told him that’s how much he’d make at Huber. He wasn’t going to get a raise right off the bat!

“I wanted to be his mentor instead of his supervisor, so I had Phil report to someone other than me,” says Dave. “He reported to Rob Morrison (now Savant’s Chief Innovation Officer) and that worked out great for Phil because Rob mentored him too, and he was an amazing mentor to Phil.”

While Phil worked with clients at Huber, he also had a keen interest in economics and investing. He became a Chartered Financial Analyst and began to focus on investment strategy. He also became Huber’s chief investment officer, a position he assumed at Savant when the two firms became one.

Having Phil at Huber Financial Advisors gave both father and son – and their clients – a unique experience. “My clients like Phil’s expertise, and it’s kind of fun to bring in your son and say, ‘You know, here’s who’s really calling the shots on your money,’” says Dave.

Over the last couple of years, Phil also wrote a book: The Allocator’s Edge: A Modern Guide to Alternative Investments and the Future of Diversification.

“He worked nights and weekends while also trying to be a husband and a dad himself,” says Dave. “When he launched his book last fall, I couldn’t have been more proud of him.”

What money lessons does Phil hope to teach his young daughter? “Well right now, we’re still trying to get her to understand the concept of what money is. She’s got a little toy cash register she plays with, but when she can better comprehend things, I’d like to really try to teach her some good money lessons because those can pay dividends and compound over time,” Phil says.

In the meantime, Phil and Dave continue to have fun working together. “You hear these horror stories sometimes about people working with their family, but it’s been the opposite for me,” says Phil. “As I look back, I can’t imagine having gone the other way.”

Certified Financial Planner Board of Standards Inc. (CFP Board) owns the certification marks CFP® and CERTIFIED FINANCIAL PLANNER™ in the U.S., which it authorizes use of by individuals who successfully complete CFP Board’s initial and ongoing certification requirements.

Keeping in mind that no two clients, situations, or experiences are exactly alike, the above should not be construed as an endorsement of Savant by any of its past or current clients, nor any assurance that Savant may be able to help any client achieve the same satisfactory results. To the contrary, there can be no assurance that a client or prospective client will experience a certain level of results or satisfaction if Savant is engaged, or continues to be engaged, to provide investment advisory services.

Savant Wealth Management (“Savant”) is an SEC registered investment adviser headquartered in Rockford, Illinois. Past performance may not be indicative of future results. Different types of investments involve varying degrees of risk. Therefore, it should not be assumed that future performance of any specific investment or investment strategy, including the investments and/or investment strategies recommended and/or undertaken by Savant, or any non-investment related services, will be profitable, equal any historical performance levels, be suitable for your portfolio or individual situation, or prove successful. Savant is neither a law firm, nor a certified public accounting firm, and no portion of its services should be construed as legal or accounting advice. You should not assume that any discussion or information contained in this document serves as the receipt of, or as a substitute for, personalized investment advice from Savant. A copy of our current written disclosure Brochure discussing our advisory services and fees is available upon request or at www.savantwealth.com. The scope of the services to be provided depends upon the needs of the client and the terms of the engagement. Please see our Important Disclosures.